Here’s some news that was exclusively announced by i09 last night: Titan Comics are publishing an exclusive San Diego Comic Con Doctor Who comic – and it’s written by me and my buddy George Mann!

So chuffed to have written something with George. Hopefully it won’t be our last collaboration!

Interior art is by the brilliant Rachael Stott and colours by the wonderful Ivan Nunes. I wish you could see their amazing work, but in the meantime feast your eyes on the beautiful covers by Alice X Zhang. 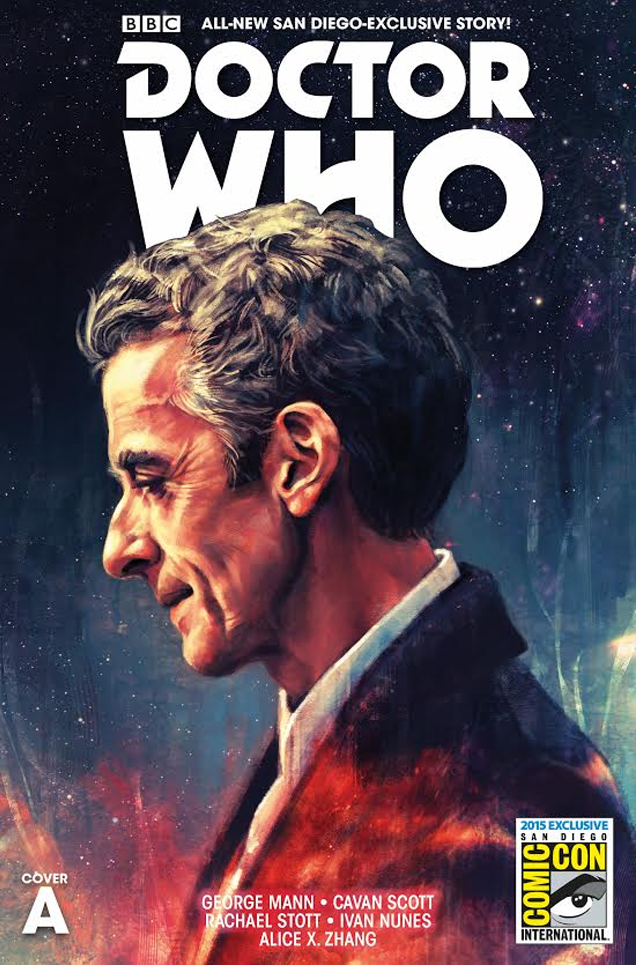 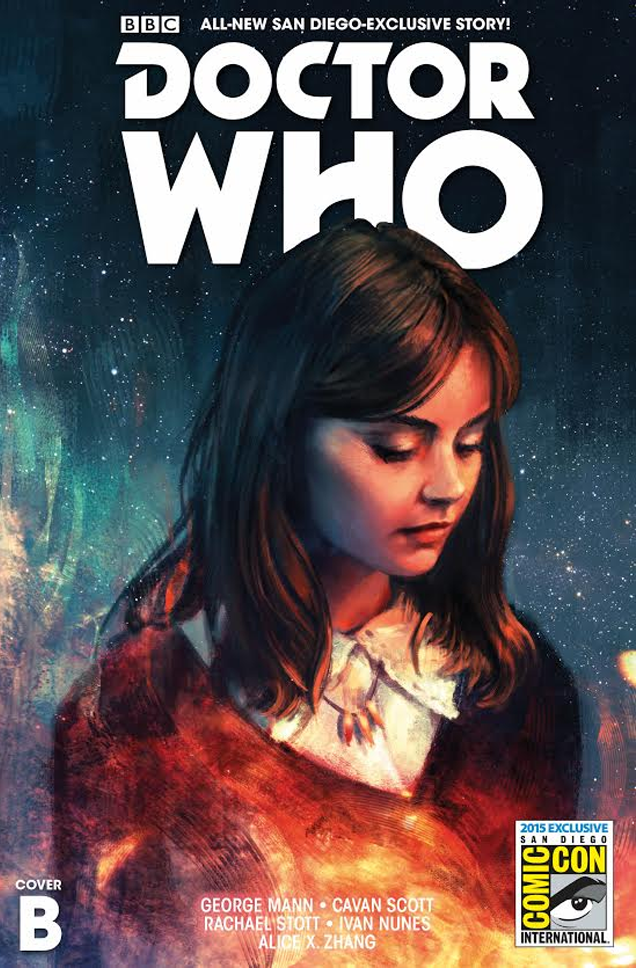 The special issue, only on sale at San Diego Comic-Con next month (which also includes a sneak preview of Titan’s upcoming multi-Doctors event), sees the Twelfth Doctor and Clara travel to SDCC ‘15 for a break, before discovering that a sinister monster attempting to break through the fabric of reality to consume all life on Earth is hiding in the background of convention goers’ cosplay pictures. Can they find the evil Lady of Neverness before she destroys the world? Can they get lost in the queues of Hall H for hours at a time trying to get into a panel? You’ll have to find out yourself.

The issue also features an exclusive sneak peek of Titan’s summer Four Doctors event and a stupid promise from me that I might live to regret.

Head over to i09 for more on this and Titan’s other SDCC exclusives!