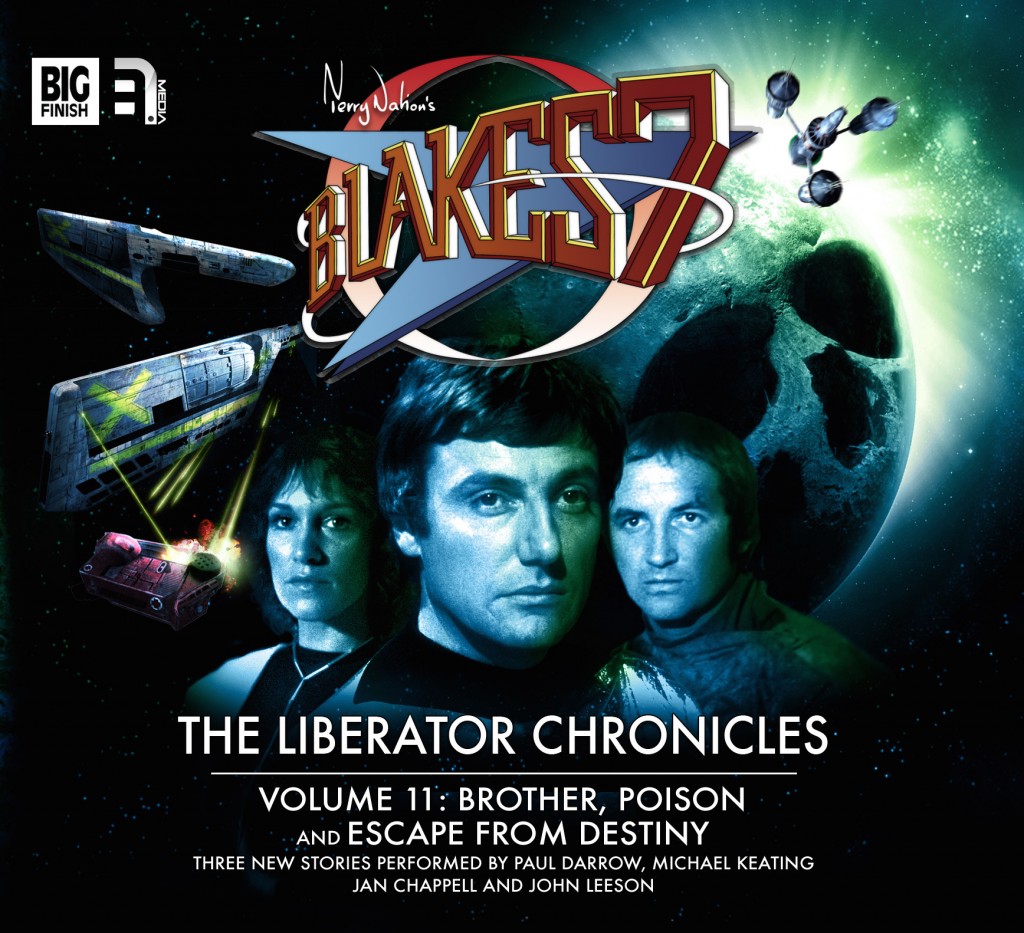 Big Finish have released volume 11 of Blake’s 7 The Liberator Chronicles, featuring two stories produced by me.

Poison is by Iain McLaughlin, and stars Michael Keating and Samantha Béart. It was directed by Lisa Bowerman and features me as a gargling monster. In fact, I also pop up as a laughing and then dying maniac. Oh yes! They don’t call me versatile Scott for nothing. (I have to pay them!)

Federation Freighter Antares is a ship with many secrets. Why is it making regular runs to a heavily guarded frontier world? Why is the hold out of bounds? And who is watching the crew’s every move? Events take a dangerous turn when two new recruits come on board. Will Jance and Voss survive their very first mission together?

Escape From Destiny by Andrew Smith sees John Leeson return to Blake’s 7 as Pasco, the character he originally played in the first series of the TV show.  It’s directed by Louise Jameson, and also stars Jan Chappell and Michael Keating. Here’s the blurb for that one too!

When the Liberator receives a distress signal from a planet it once helped save, Cally and Vila journey to a civilisation on the brink of collapse. There, they encounter Pasco, a scientist Cally first met years ago. The Federation is closing on Destiny – but should Vila and Cally stand in the way this time?

You can pick it up from Big Finish on CD and download right now.