Yes, yes, it’s another post about the Ninth Doctor comic! Brace yourself, there are going to be a few of these over the next few weeks, but I thought I should do a little round-up!

I’ve been popping up all over the place, chatting to various websites and podcasts over the last few weeks, some of which are starting to appear online, including:

Elsewhere, my partner in time, Blair Shedd is interviewed about the comic over at TechTimes.

I’ll post links to other reviews as and when they appear.

Preview reviews have also start appearing. Don’t worry, I’m not going to post all of them, but I couldn’t resist this one from It’s Comic Book Day:

It seemed as if we hardly got to know the Ninth Doctor at all before he regenerated, but this story fits in seamlessly within the confines of Series One. It feels like a lost episode that was never aired. Titan Comics has been on a roll ever since they acquired the rights to publish Doctor Who. The Tenth, Eleventh and Twelfth Doctor titles have all been excellent. And while it’s too early to judge the mini-series as a whole, based on this first issue, this has the potential to be Titan’s finest Doctor Who work yet.

Elsewhere, more retailer exclusive covers have appeared online. Blogtor Who has been gathering them all together, while Titan Comic regularly upload new covers to their Tumblr site. It think we’re up to 29 variant covers in total!

In the meantime, here’s Mariano Laclaustra’s cracking cover for Pop Culture Paradise, with the whole gang including our new aliens, the Lect and the Unon. 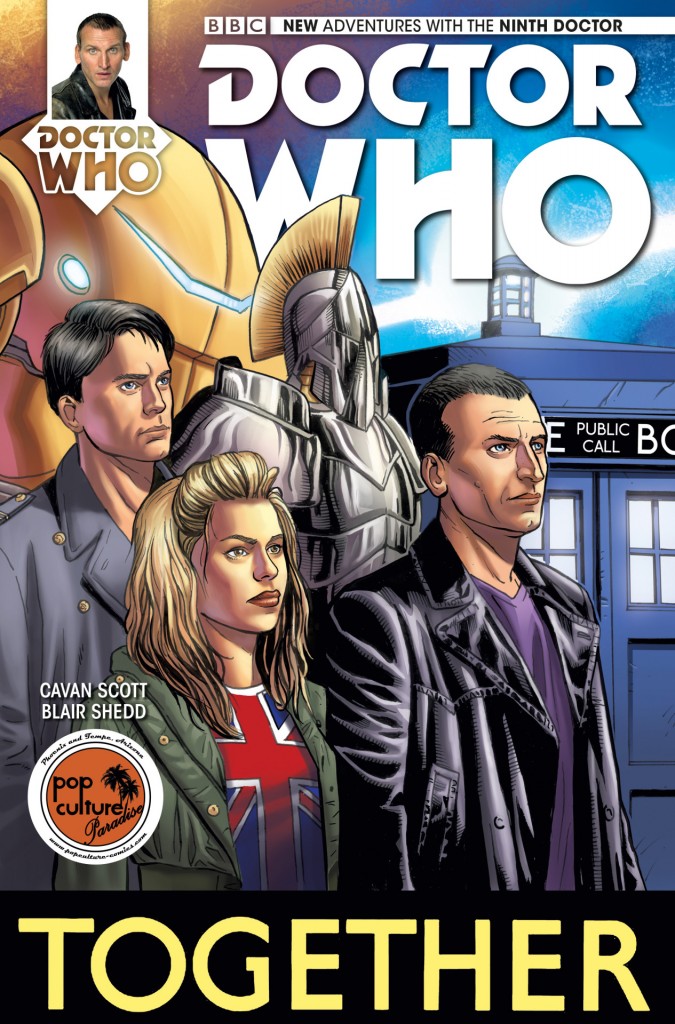 More soon, including some more events!