Choosing just four comics that influenced me as a kid is almost impossible, but these are the four titles that are probably responsible for me doing what I do today. 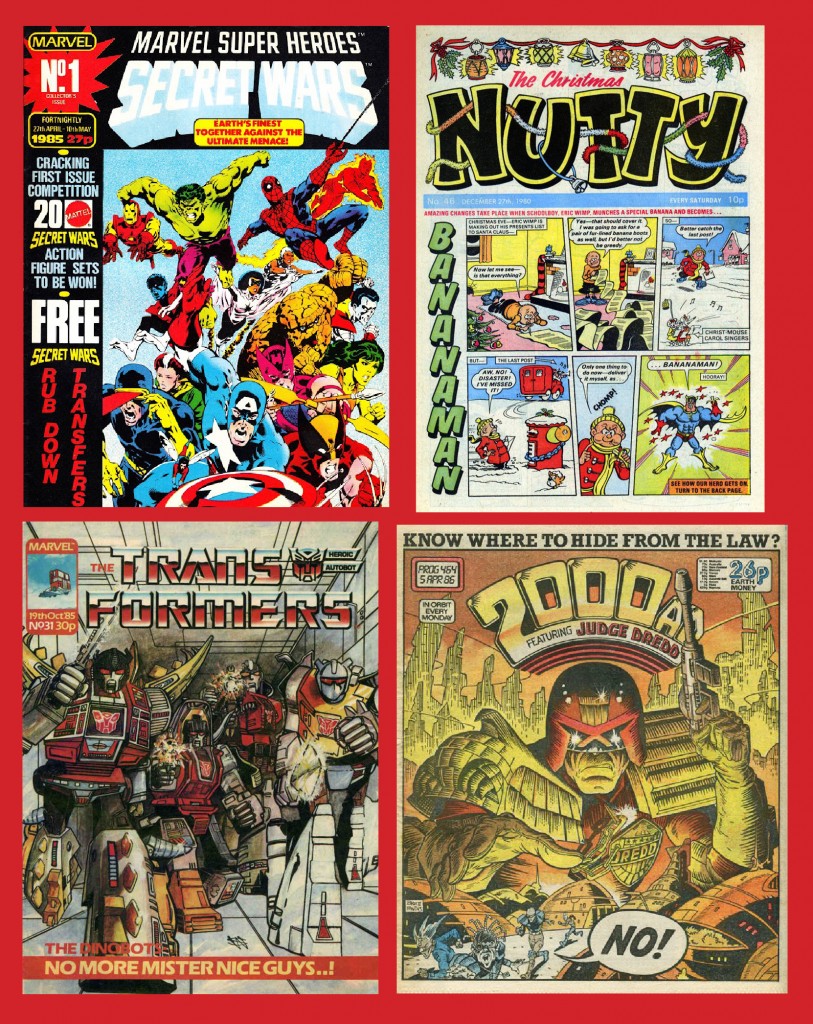 Apologies to the Beano which so nearly made the top four. It’s no secret that I was a Nutty fan though!

What comics sparked your love of, well, comics?