This is going to be a year of Sherlock Holmes for me as I continue work on The Patchwork Devil. In the meantime, I’m pleased to say that I have a new Holmes short story hitting the shelves in a few short months as part of The Mammoth Book of Sherlock Holmes Abroad.

Each story sees Holmes head to a different country, and you don’t have to be the World’s Greatest Detective to deduce where my own, The Adventure of the Mummy’s Curse, takes place. It’s why I’m so pleased to see Egypt so prominent on the cover! 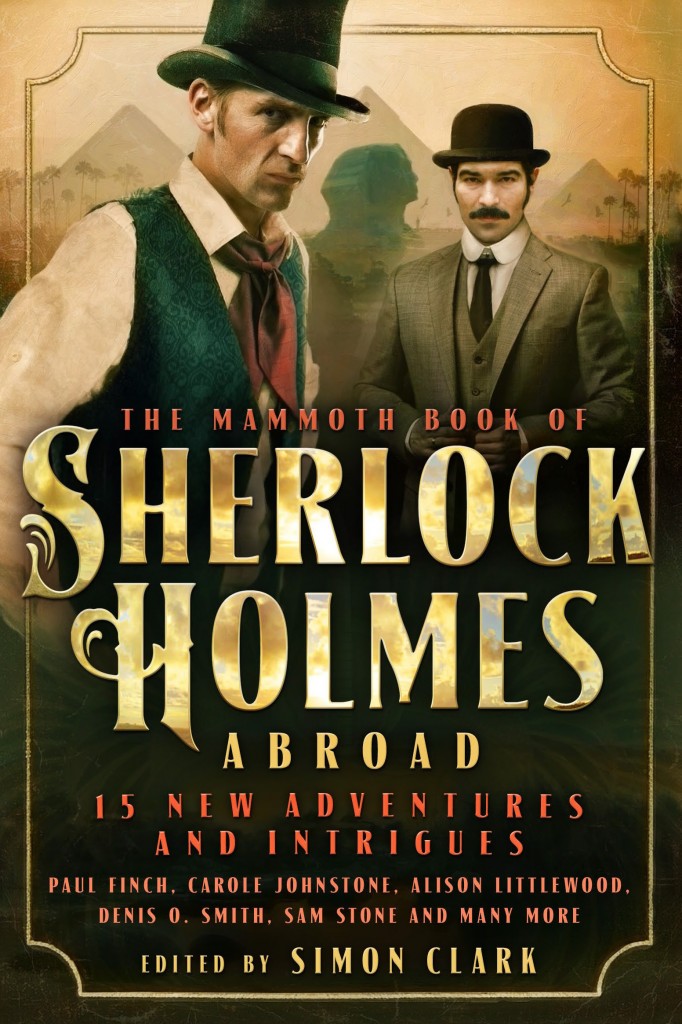 I can’t wait to read the entire collection myself.

The Mammoth Book of Sherlock Holmes Abroad is published 2 April by Robinson and edited by the wonderful Simon Clark.