Last night, I braved Bristol traffic and what the BBC insisted on calling ‘Thundersnow’* to race to Gareth L. Powell’s launch of Macaque Attack, the third in his mad monkey trilogy. They star Ack-Ack Macaque, a cigar-chomping, fast-talking, sure-shooting pilot monkey. Obviously.

After shouting at the traffic for a few hours, I arrived ten minutes from the end to grab a quick photo with this nana: 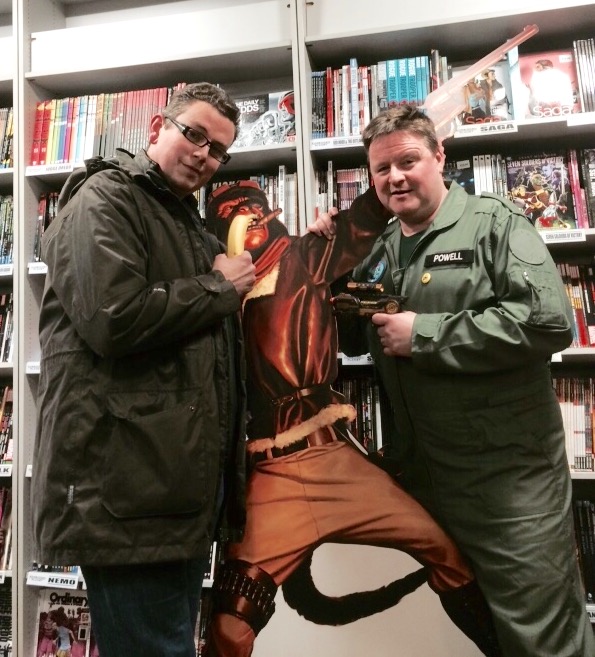 Oh the glamour of forgetting that you’re still wearing your wet-weather gear!

Gareth duly signed my copy and we bustled off to the pub next door. It was only when I made it home later that I found myself chuckling at his inscription in the book: 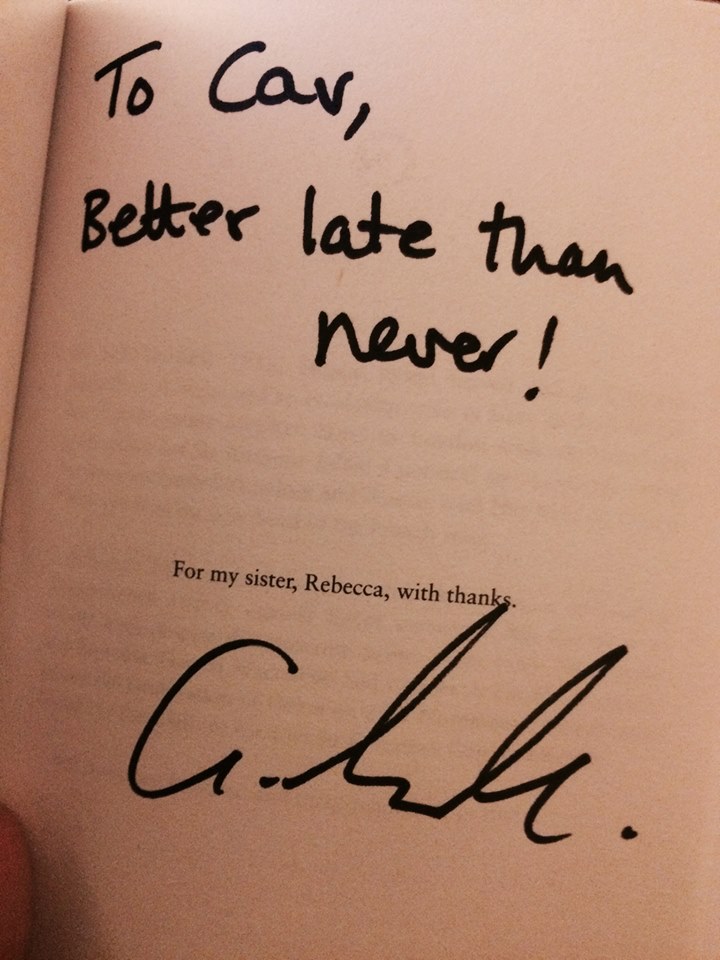 Now, I’m looking forward to diving in and reading the book itself. To find out more about Ack-Ack Macaque, head over to Gareth’s site.

* There was no snow in the Thundersnow. Just a lot of very nasty hail that peppered my hood like bullets from Ack-Ack’s gun!