Not doing anything this Saturday? Then, why not come along to Big Finish Day 6 at the Copthorne Windsor in Slough?

I’ll be there appearing with Blake’s 7 Jan Chappell and David Warner, answering your questions about the Big Finish Blake’s 7 range, and signing my latest releases, including Doctor Who Masters of Earth and The Confessions of Dorian Gray.

For more info, check out the Big Finish Day page at Tenth Planet Events. Other guests include Sylvester McCoy, Lalla Ward, Louise Jameson and many, many more.

Details of March’s release in the latest series of full cast audios were revealed at the weekend by Big Finish. Steve Lyon’s Devil’s Advocate will feature the return of the now-deposed Federation President as played by the wonderful Hugh Fraser.

He is joined by Simone Lahbib as the mysterious Pelora, a woman who shares a history with Tarrant (Steven Pacey). Produced by some chap called Cavan Scott, and directed by Lisa Bowerman, you can find out more about Devil’s Advocate over on the Big Finish website, and also listen to the brand new trailer. 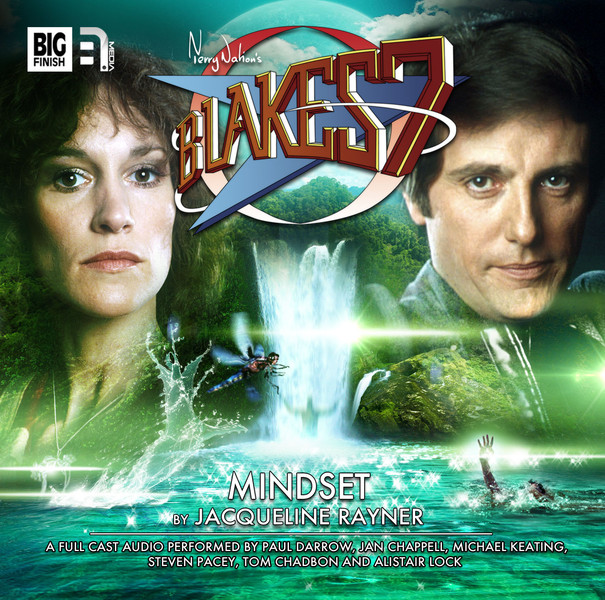 This month’s release, Mindset by Jacqueline Rayner, is also out now and receiving great reviews.

Starburst Magazine‘s “only complaint with this story is it was over too soon and has raised the bar for this series even higher. How will next month’s release keep the pace?”

Sci-Fi Bulletin says: “Jac Rayner’s debut on the Blake’s 7 range has all her hallmarks – smart pacing, insight into characters, and an ability to catch their “voices” so that the dialogue between them feels like a conversation rather than a set of lines.”

Horizon, the Blake’s 7 fan clubs has this to say: “This episode feels very much in keeping with the style and tone of the original Season C. It is character-based, in this case focussing on Cally, and it contains fantasy elements that are credible within a B7 context. In the extras, it’s mentioned that the instruction to writer Jacqueline Rayner was to ‘channel Tanith Lee’, and she has done this very successfully – fans will pick up echoes of both Sarcophagus and Sand. There are some very amusing moments in the banter between crew members, as well as lyrical descriptions of the location and emotionally-charged interactions between Cally and Reno.”

You can get Mindset from Big Finish right this very minute!