How was your weekend? Wet? Windy?

Well, if you need a little cheering up, there’s still time to get this week’s Beano, featuring two scripts by little old me.

With art by Barrie, Roger the Dodger visits Beanotown’s resident mad scientist Prof Von Nutter (last seen, but then unnamed, in Dennis the Menace back in October). The Prof has invented a cloning machine. Big mistake – especially when there’s a Dodger about. 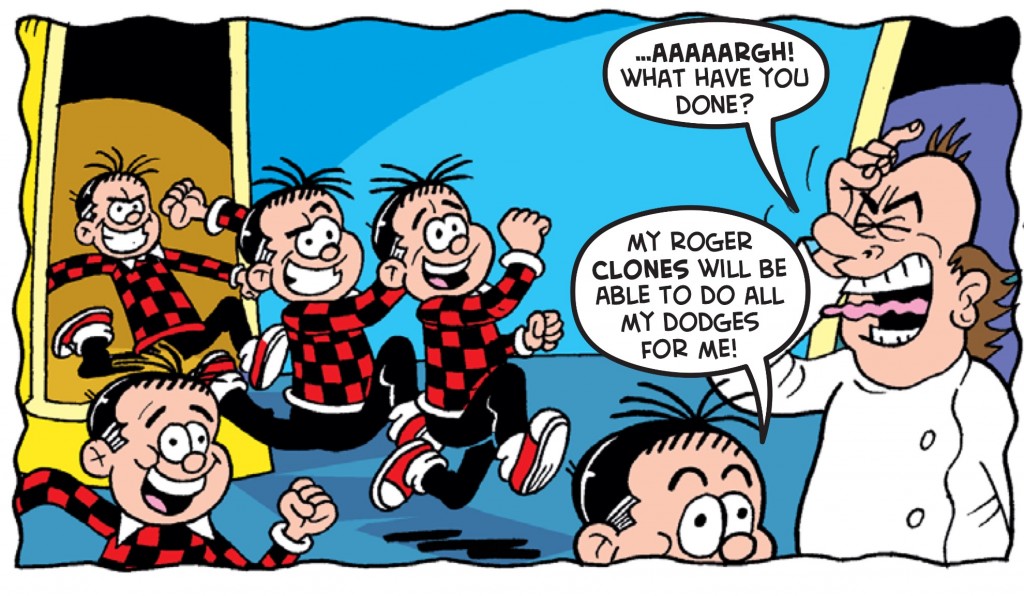 Finally, I complete my set of Bananaman stories featuring the members of the League of Super-Villains, my favourite line up of Banana-rogues from when I was knee-high to an Appleman. The tick-list is complete, with the gruesome Grannie Punk returning to Beanotown. OK, so she made a little cameo in the Christmas issue, but this is the first time in decades that she’s battled ‘nanaman as the main baddie!

And, as you can see, Wayne Thompson’s take on punky pensioner totally rocks! 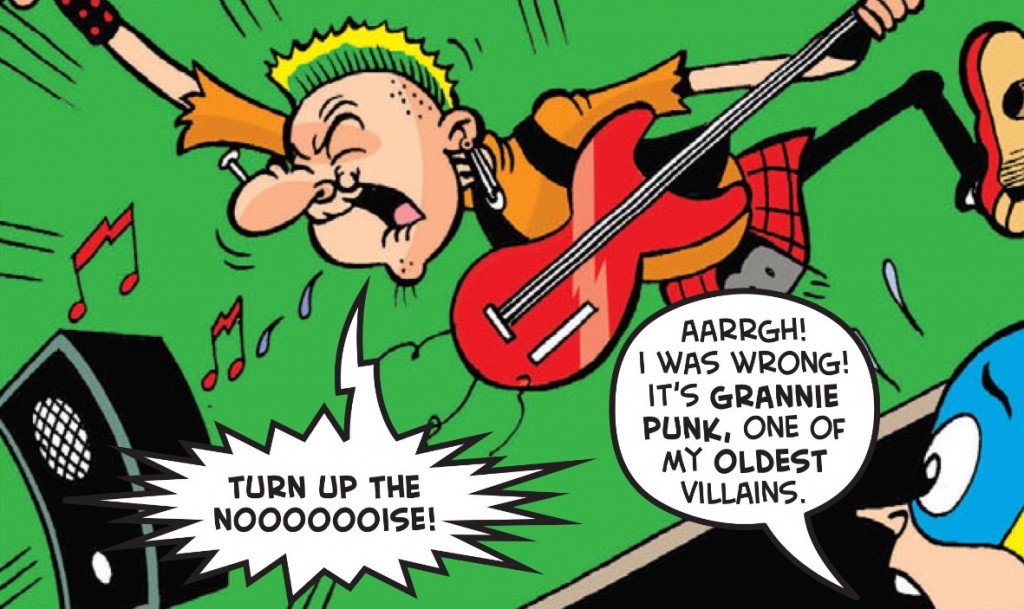 Now, I wonder if Wayne and I can come up with a story that reunites the original League. Hmmm. 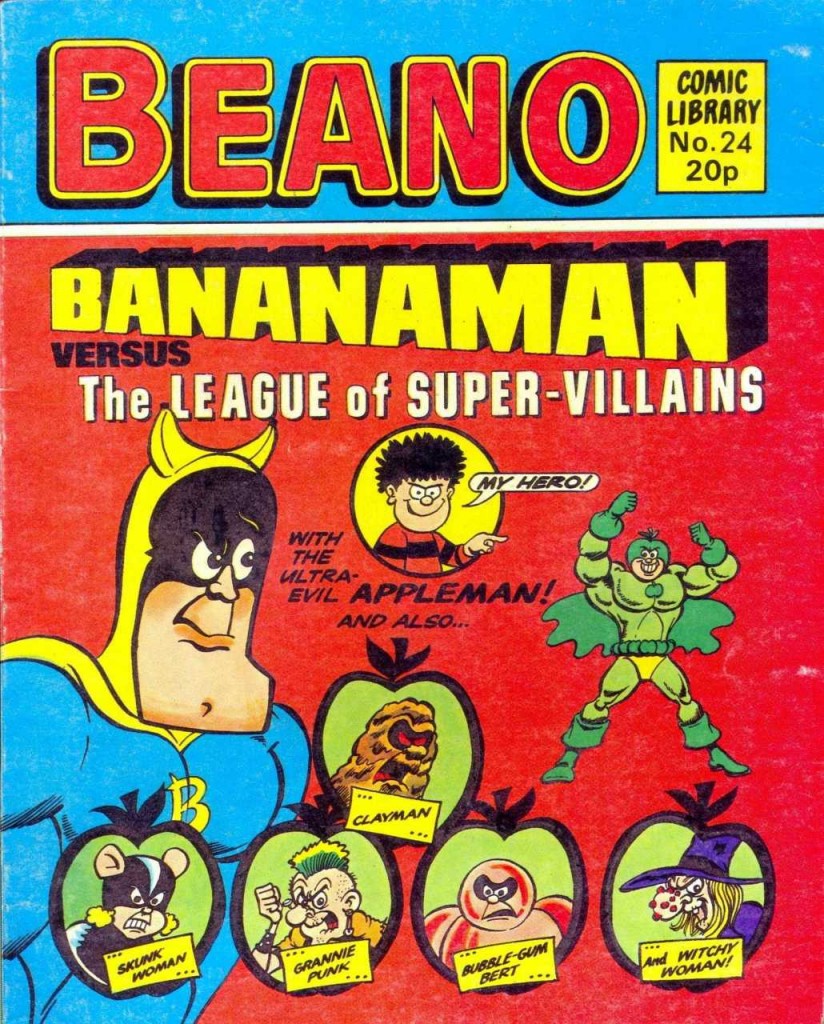