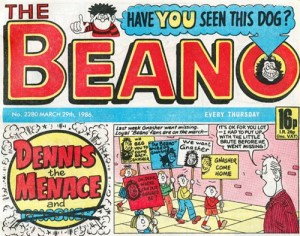 Another exciting Beano day! Today’s issue sees my first Gnasher and Gnipper strip for the comic. Another pair of favourite characters ticked off the list. I still remember when everyone’s favourite gnational hero went missing back in 1986 only to return with a litter of puppies, including the chip off the old tooth, Gnipper.

This is the first of six strips I’ve written for the Abyssinian Wire-Haired Tripe Hounds – and it sees Dad is a surprisingly happy mood. 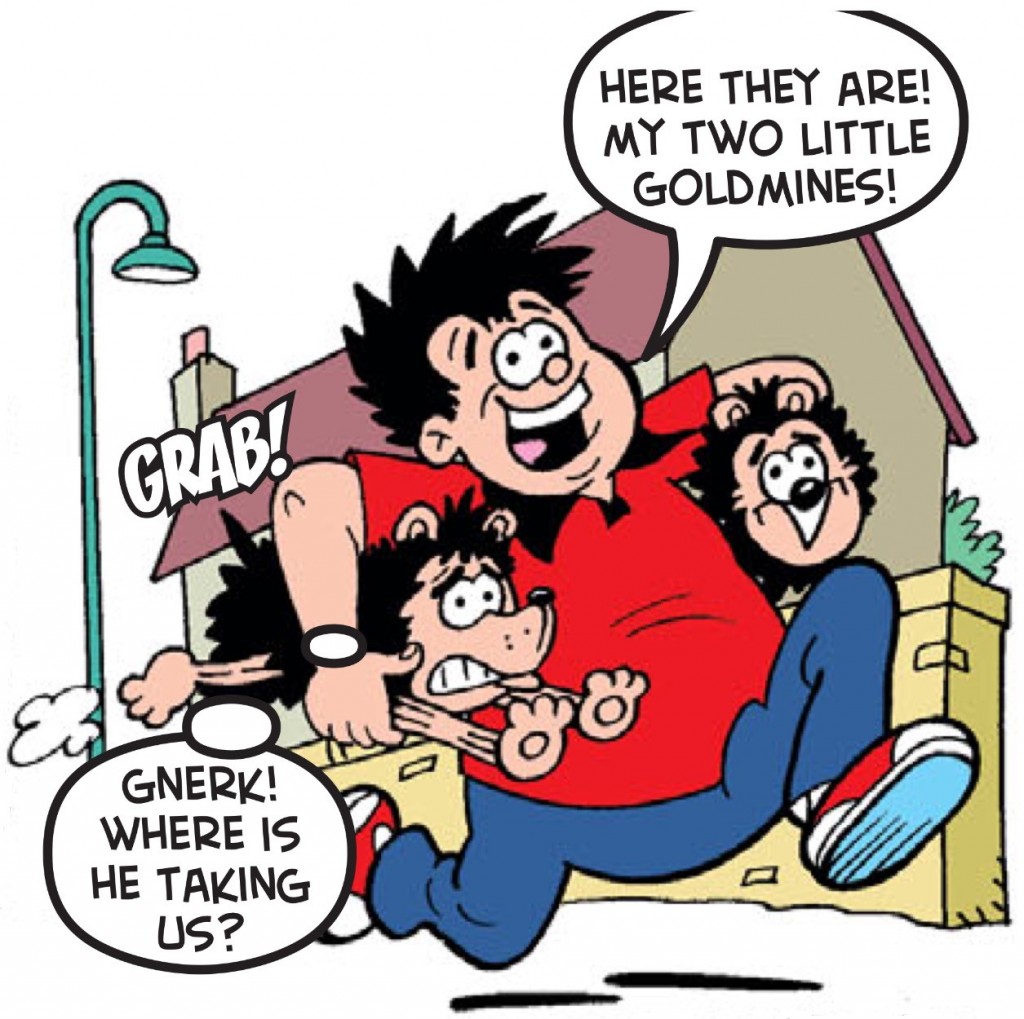 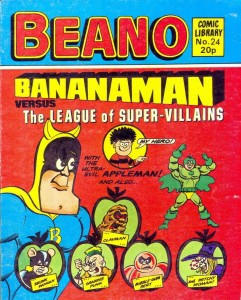 Elsewhere in the issue, you’ll find me teaming up with Wayne Thompson to bring Bananaman nose-to-nose with an old villain, the super-stinky Skunk-Woman.

Skunkie’s appearance means I’ve now written for most of the original Bananaman League of Super-Villains.

I just need to cram Grannie Punk into a story! Hmmmm, I wonder… 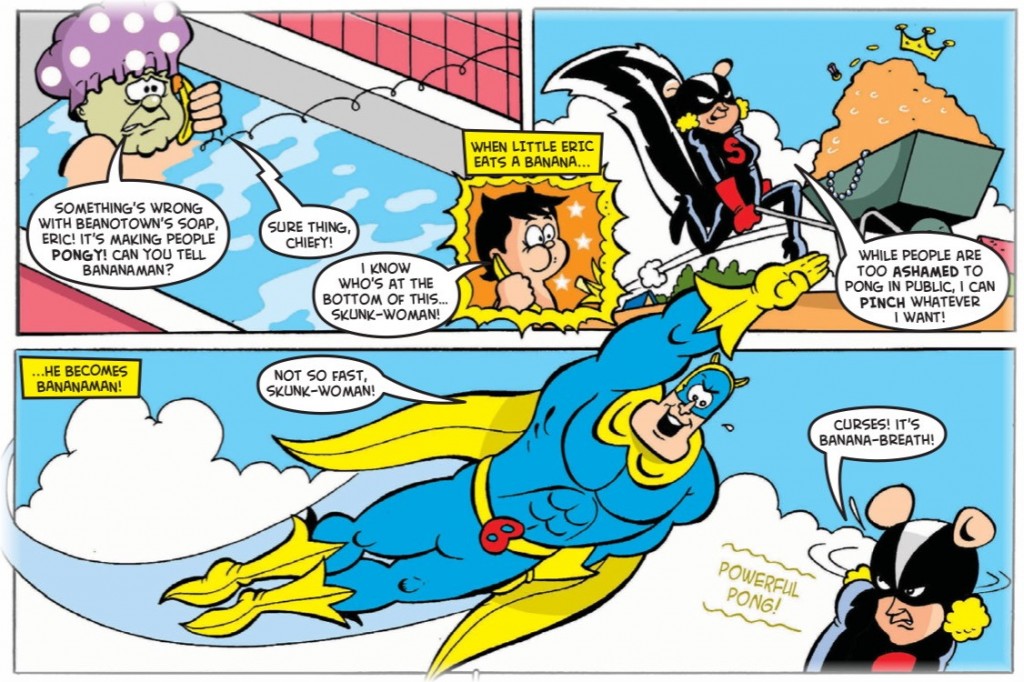 Finally, this issue sees Roger – with art once again by Barrie Appleby – trying to con some extra pocket money out of his Dad. But will Dad fall for the zombie-wallet scam?

Find out in this week’s Beano!