It’s Saturday, or Beanoday as its called in our house.

This week’s issue sees another two strips from me.

First up is Bananaman facing the horror that is Moth-Master!

A big shout-out to Wayne Thompson as ever for the art, especially the last panel of the strip which is simply brilliant and utterly barking!

Later,  we have Roger the Dodger trying to get out of making a brew for his Dad, with art from Barrie Appleby. 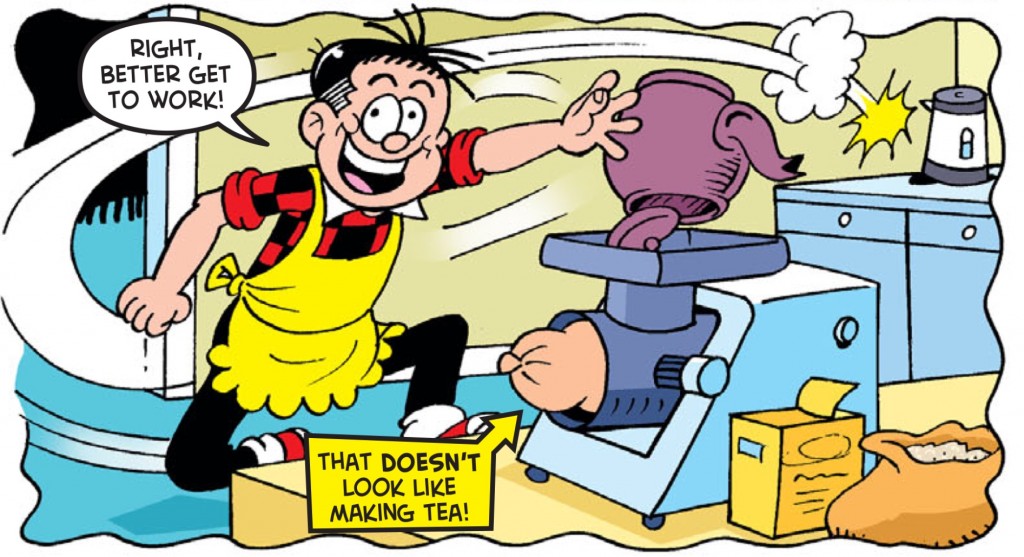 I love the crazy eyes Barrie’s giving Roger at the minute. So manic! Well, Roger would have to be a little bit demented to expend so much energy dodging simple tasks. It would be so much easier just to make the tea!

Oh, and if you’re making one, I’ll have milk but no sugar please!