Hurrah for the postman who’s just brought me this little lot: 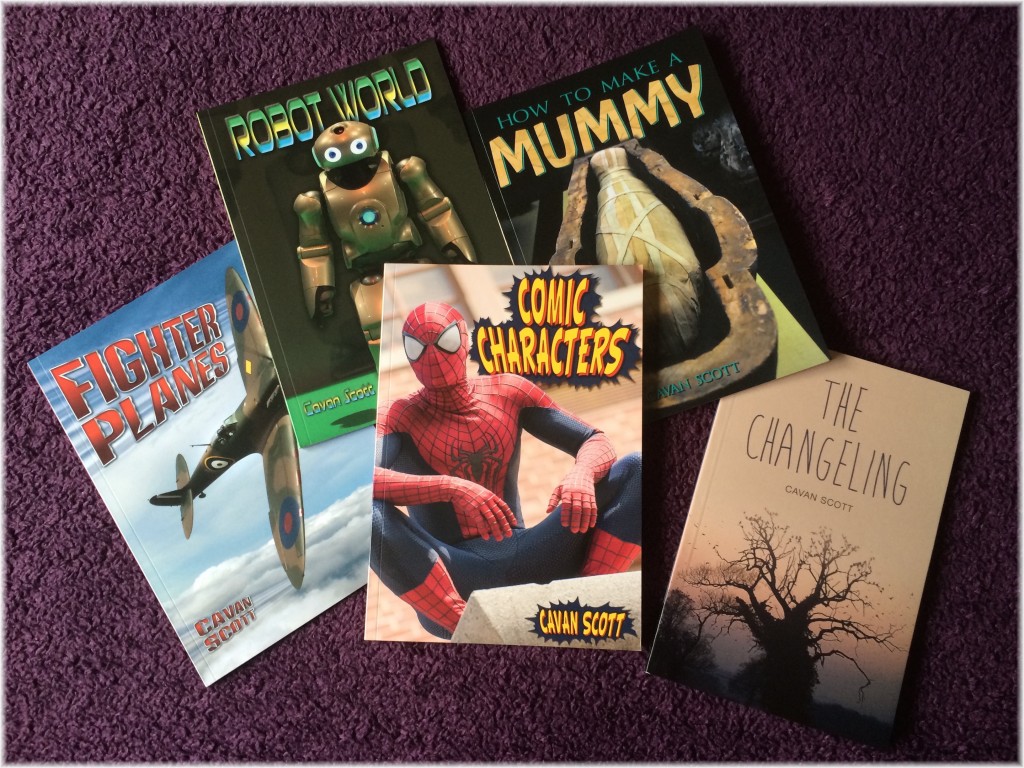 They are my new books for reluctant readers from Badger Learning. To the right you’ll see The Changeling, aimed again at teenage readers as part of the Teen Reads line.  It’s a spooky little tale of a girl who gets more than she bargains for when she attends a family wedding. Something is waiting for her – an uninvited guest!

Then there are four non-fiction books for younger readers, part of Badgers’ WOW Facts! range:

Dogfights, robots, comics and ancient Egyptian stuff. It’s like all my obsessions at once!

Ideal for schools, all the books are available from Badger Learning.