Hello! The last few weeks have nipped by in a blur of deadlines and even a cheeky little holiday, but I had to stop by the blog today as this week’s Beano includes more pages by me than ever.

It’s always a good week when I get to write Minnie the Minx and this week’s strip, drawn by the legend that is Nigel Parkinson, sees Min entering a wildlife photography competition judged by a certain Chris Pack-It-In from Autumnwatch. 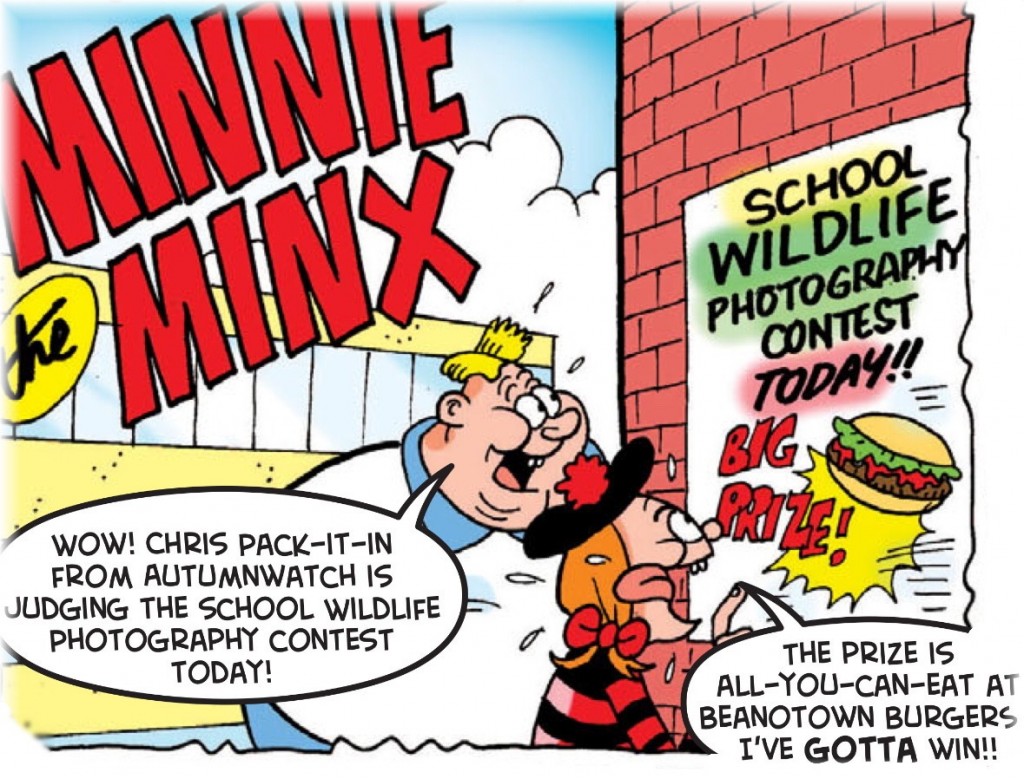 In fact, the nice people at the Beano have made the entire strip available to read online for free!

Elsewhere in the issue, Eric Wimp eats an unripe banana and becomes a bouncing Bananababy! Awwww! Isn’t he cute? 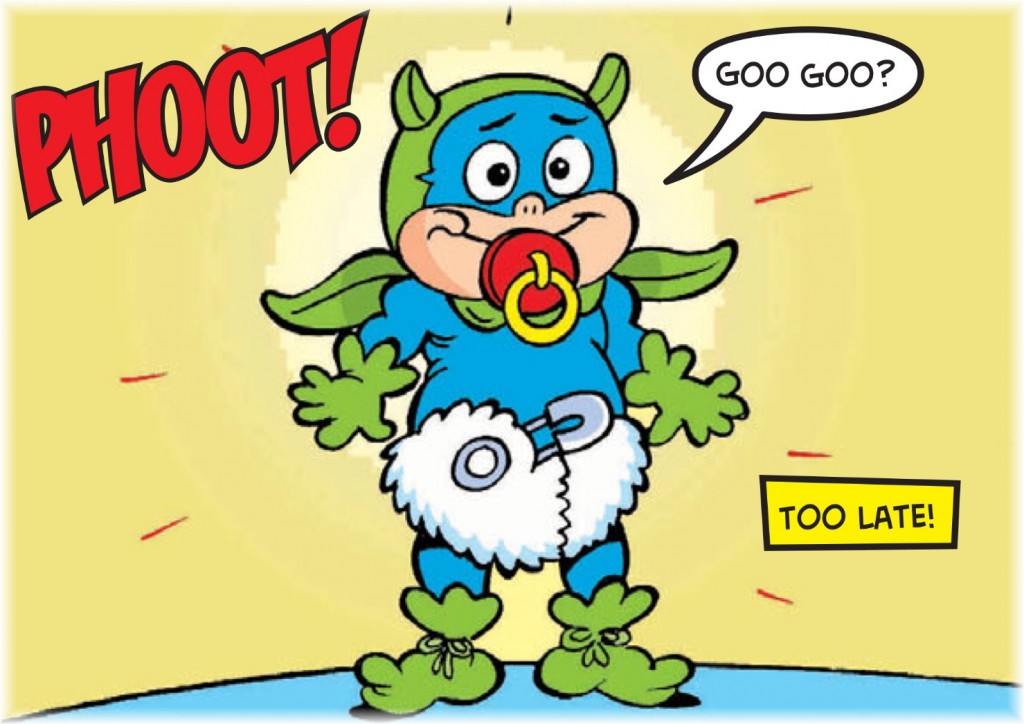 I love Wayne Thompson’s rendition of the Nana-nipper! Plus, the strip means I’ve notched up more classic Bananaman-baddies to my tally. This one features Eddie the Gent and the Heavy Mob!

Flick forward a few pages and Roger the Dodger is taking part in the Beanotown fun run, courtesy of new regular artist Barrie Appleby. In true fun run tradition, Rog dresses up as someone who will be familiar to long-time Beano readers.

Finally, the issue finished off with the second of my Roger Dodg’ems, a new collectable page that sees Roger advising readers how to dodge out of problems left, right and centre. The first Dodg’em appeared in the special Beano that came free with Saturday’s Mirror. Did you get one? If not, don’t worry, you can read it online here!

A bumper-crop of Beano goodness from me this week, then. And timely, as I’ve been working on a top-secret Beano project today! What is it? Sorry, if I told you Gnasher would gnip my poor bot-bot, but I promise I’ll reveal all soon!