Hang on, it’s Sunday. How did that happen? I meant to blog this on Thursday but must have blinked or something. It’s been another barmily busy week, but there’s still time to grab this week’s Beano with two strips by me and Wayne Thompson.

Roger the Dodger sees the scamster losing his memory when he’s hit by one of Olive the Cook’s fairy cakes. 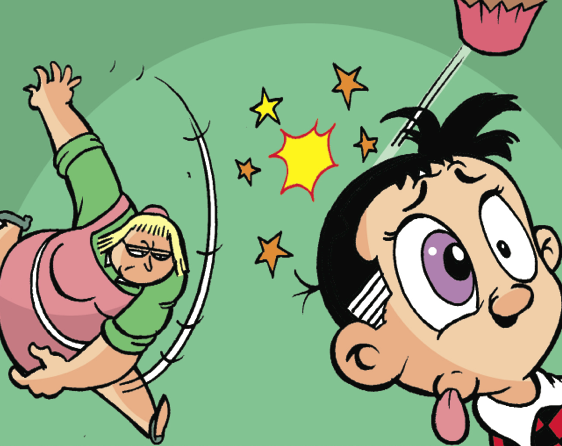 The poor little lad can’t remember a thing. Or is it all just a dodge? Hmmm. What are the chances?

Meanwhile, there’s a blast from the past making a little cameo in Bananaman. 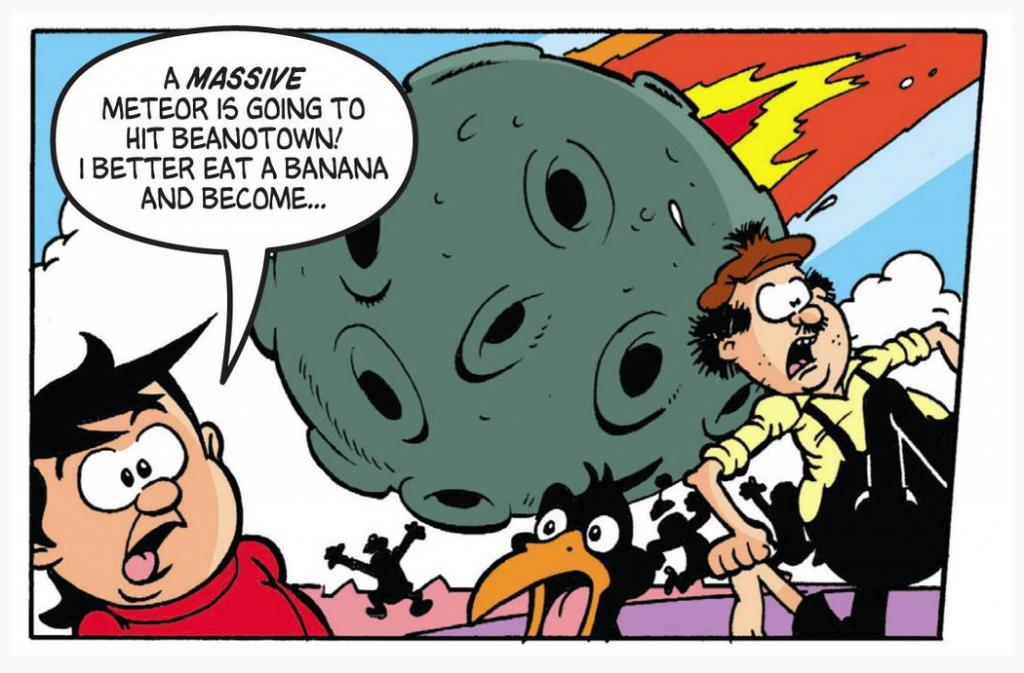 Who’s that scruff in the cloth cap? None other than Pa Slobb, who starred alongside Bananaman in the Nutty in the early 80s. The Snobbs and the Slobbs was my second favourite Nutty strip back when I was kid and drawn by original Bananaman artist John Geering to boot!

Here’s a quick scan from back in the day: 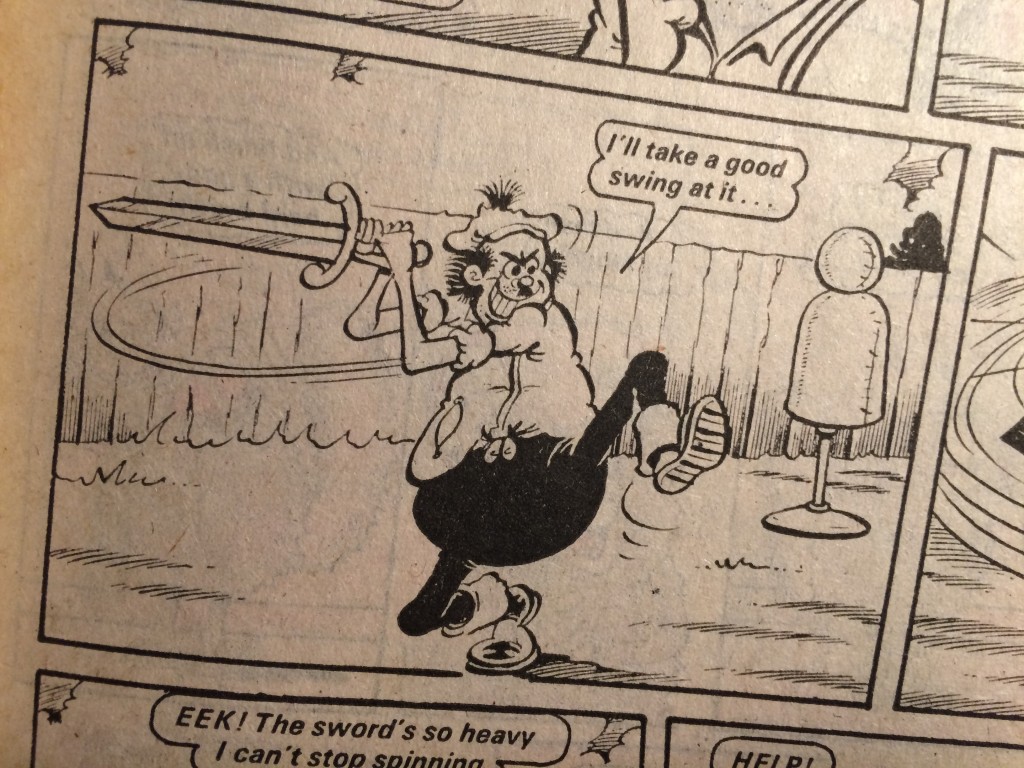