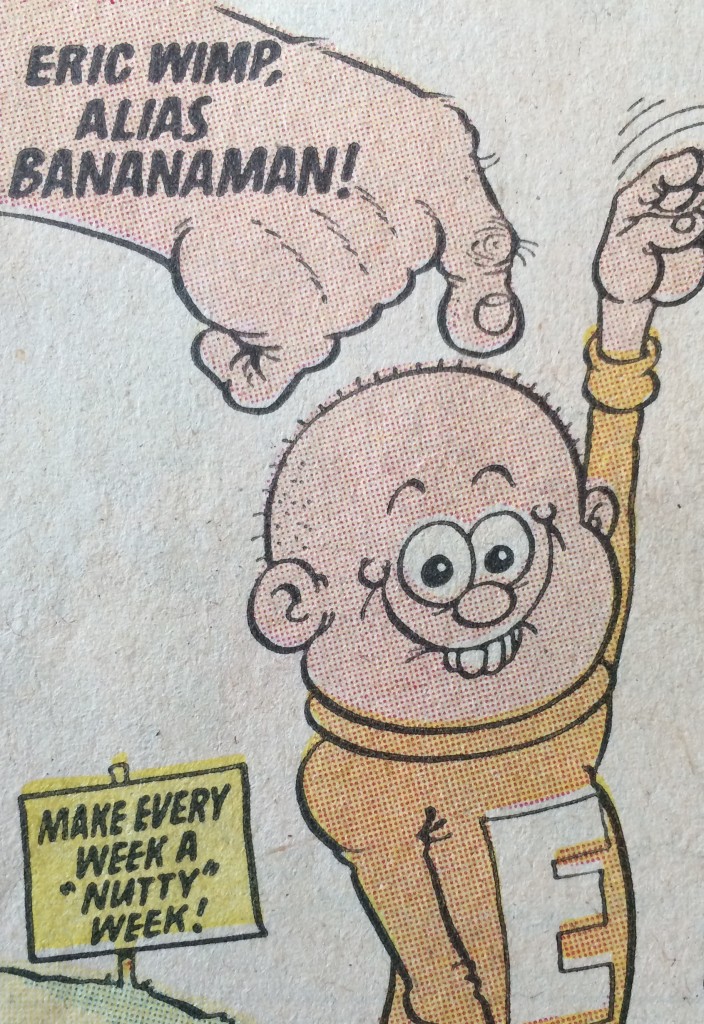 When I was a lad, Bananaman’s alter-ego, Eric Wimp looked like this –>

Later, when the BBC Bananaman cartoon came along, Eric suddenly gained a fine head of hair. At the time, I was incensed as only a 10-year old comic fan could be. What were they doing? Eric was bald, save for a bit of bonce stubble. How dare they give him hair!

After a while, of course, my rage subsided. Fast forward 30 years and I land the job of writing Bananaman for the Beano. One of my first promises to myself was that, for one week only, I’d return Eric to his follically-challenged glory.

This is the week!

In today’s Beano, courtesy of brilliant artist Wayne Thompson, Eric heads to the barber and gets an extremely close shave thanks to Doctor Gloom.

Don’t worry – Eric will be back to normal next week!

Elsewhere in this issue, Roger is awaiting delivery of his new Dodgepad but finds out that he needs to visit his hirsute auntie’s garden gnome collection. How can he dodge his way out of that one? 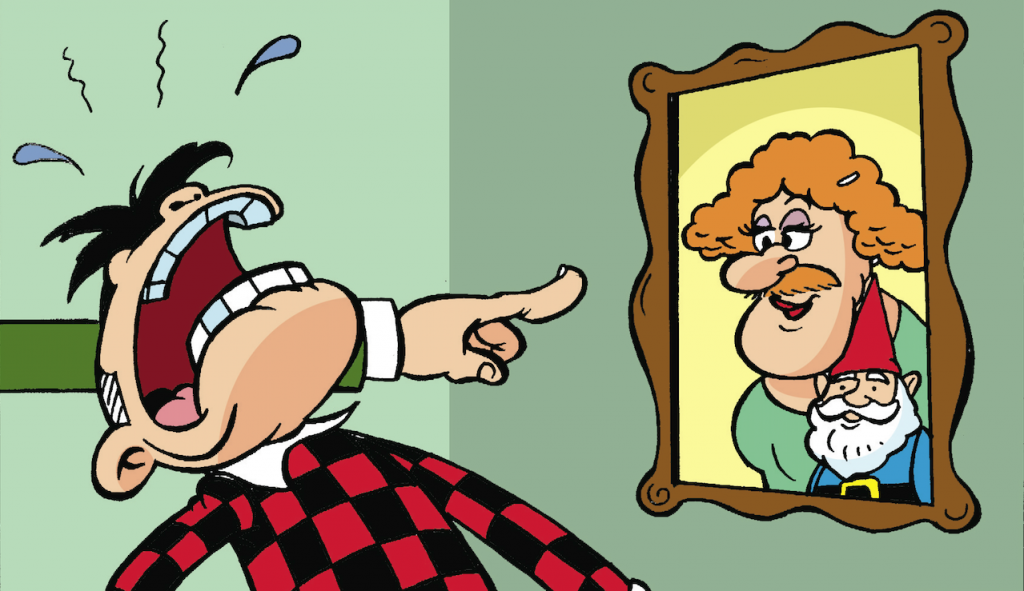 Find out in this week’s Beano, out today!