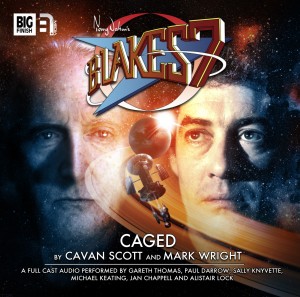 The final episode of Big Finish’s full cast Blake’s 7 series was released on Tuesday – namely Caged by Mark Wright and me! You can buy your copy right here!

It was a real honour to be asked to co-write the finale to the series which seems to have gone down incredibly well.

In fact, it’s gone down so well that we’ve also announced that a second series will be arriving in November!

Produced by yours truly and script edited by Justin Richards, this one takes place during the third season of the original BBC TV show when Avon was the main man in the Liberator. I started watching Blake’s 7 during the original transmission of this season, so it’s doubly exciting for me. You know, back then, I even wanted hair like Tarrant!

Big Finish and B7 Media are proud to announce that the crew of the Liberator will return later this year for another series of classic full-cast adventures.

Series Two of Blake’s 7: The Classic Audio Adventures will launch in November 2014 and is set during the third season of the cult BBC TV series. The six audio dramas will star Paul Darrow, Steven Pacey, Jan Chappell, Michael Keating and Tom Chadbon, all reprising their roles once again.

With one of their own missing, Avon’s band of rebels begins a search that will lead them to encounter cult members, ghosts and voices from the past. 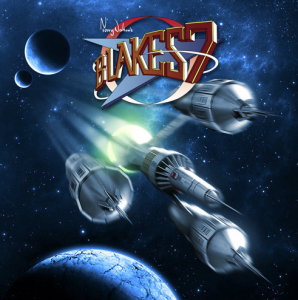 Cavan Scott, producer of Blake’s 7 for Big Finish Productions, says: “We’re thrilled with the response the first series of the Classic Audio Adventures has received. This second series of full cast audio dramas will see Avon, Tarrant, Cally, Vila and new crew member Del Grant coming to terms with a changing universe as they search for their missing crewmate, Dayna.”

Andrew Mark Sewell, Executive Producer of Blake’s 7 for B7 Media, says: “The audience and critical reaction for these classic audio adventures is a tribute to the writing, performances and production values, which perfectly recapture the classic era of Blake’s 7. We’re delighted to welcome our family of rebels back for a second season of gripping audio adventures.”

The second series of Blake’s 7 The Classic Audio Adventures kicks off with Scimitar by Trevor Baxendale in November, and is available to pre-order now at £10.99 for a single CD and £8.99 for download. Subscriptions are also available for all six releases.

Keep watching bigfinish.com and blakes7.com for more information about exciting plans for the audio series.