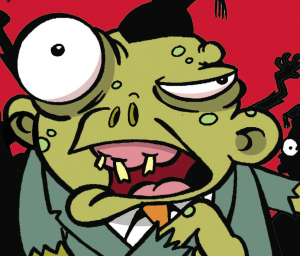 Luckily, it’s only a film.

The setting for this week’s strip came about when I sat down to brainstorm new ideas. One thing I’ve tried to do is turn a lot of Roger’s dodges on their head. In this case, he usually tries to dodge out of school, so I wondered what would have him dodging into school? What about the chance to star in a top Hollywood horror blockbuster?

As you can see, it’s not just Roger that gets in on the act! 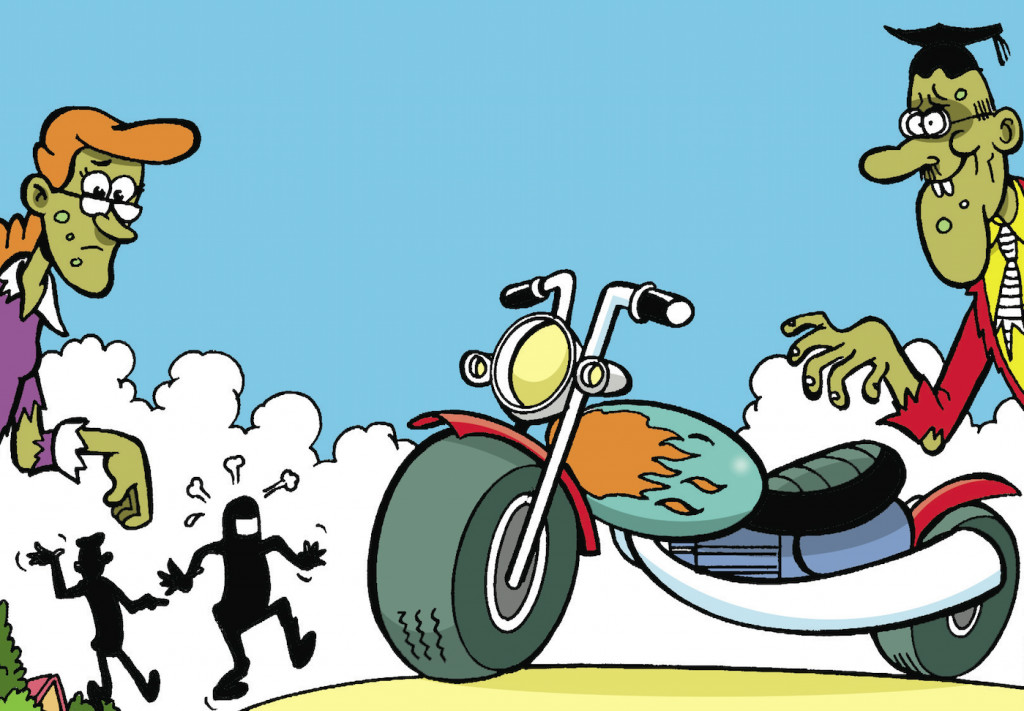 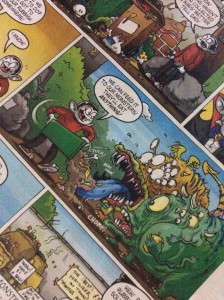 Got to love Wayne Thompson’s revolting rotting teachers! Once again, he’s done a fantastic job on this week’s strip!

Elsewhere in the Beano there’s even more monstrous fun. I’m a big fan of Alan Ryan’s take on Number 13, and this week’s raised more than a few ghoulish giggles in the Scott household! I want some Monster Manure for my spuds!

Give yourself giggles by grabbing your Beano today!

PS: A couple of folk have told me they enjoyed the bear-faced cheek of this week’s Bananaman. Me too, but while my name’s on the credits for that one, this week’s script was actually written by Kev F – with art by none other than Wayne once again!