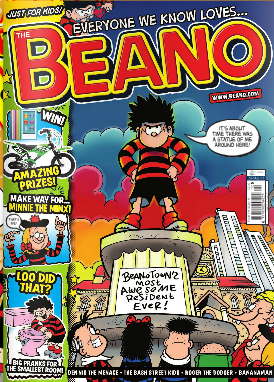 Never be without a BEANO!

Especially this week! On page 10 of the latest issue you’ll find my first Minnie the Minx script, with art by the brilliant Nigel Parkinson.

Minnie decides that she needs a menacing pet and so gives lazy, old Chester a minxing make-over. There are false teeth, smelly socks and bags of compost involved and, naturally not everything goes to plan. I even managed to sneak Dennis, Gnasher and the Bash Street Kids in there.

One thing I love about The Beano these days is that they’ve really established that everyone lives in one place – Beanotown, natch – and so the characters pop up in each other’s strips regularly in a way you only used to see in the Beano Books or the Comic Libraries. (Oh, how I loved the Beano Comic Libraries when I was a kid, but that’s another story). 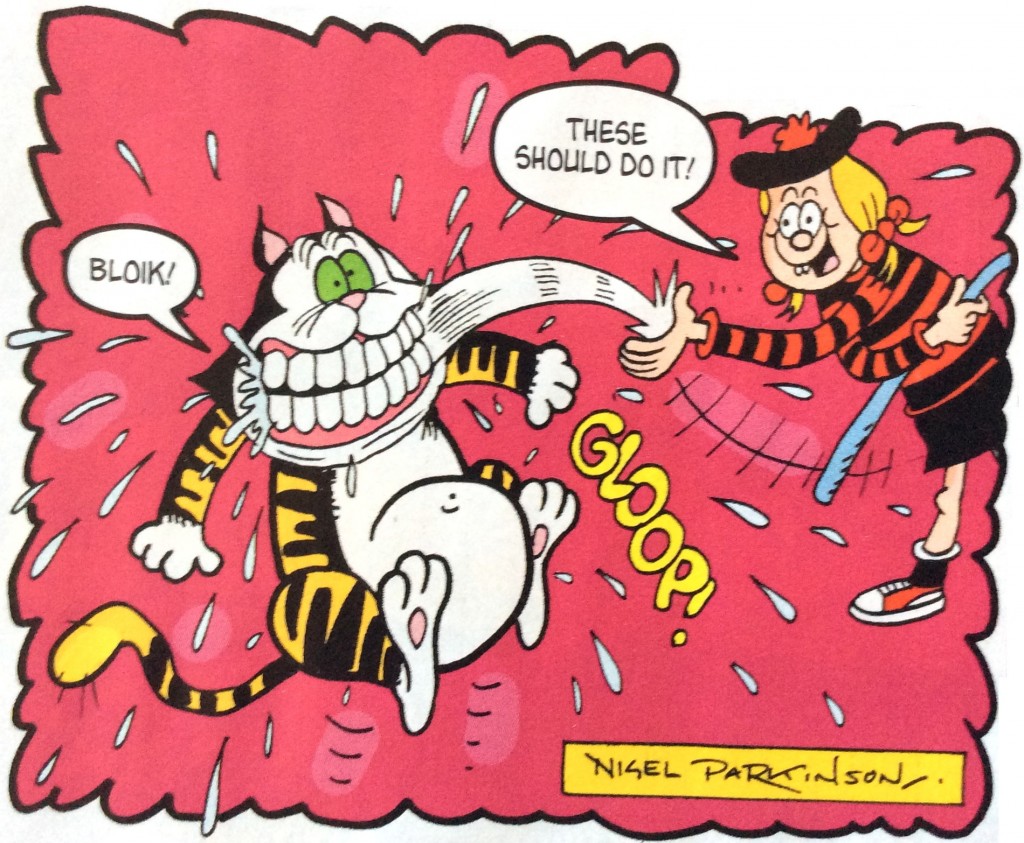 Yesterday, I rustled up another three Roger the Dodger strips and again had him appearing alongside his Beano co-stars. Am I having fun? Of course, I am!

In other Beano news, the comic is trying to find a certain Mark Matthews who lived at 70 Kingston Road, Willerby in 1976. His Dennis the Menace Fan Club pack has recently turned up in Australia and The Beano wants to reunite this former Menace with his furry Gnasher badge. You can read more about the story here. And just check out the message at the end of the news story:

If you’d like to see the Dennis the Menace Fan Club make a return so you can have a membership card and badge of your own, tweet #HairyGnasher or #BringItBack to @beanocomic

I still  have my badges but would love to see the old club return – so get tweeting, readers. D.I.N.G. D.O.N.G! 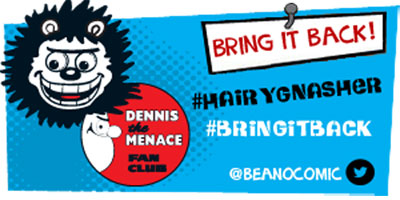