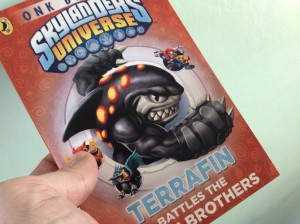 Another new book of mine has arrived through the post, this time thanks to Puffin. Terrafin Battles the Boom Brothers is the latest in the Skylanders Mask of Power series.

Actually, thinking about the Skylanders, I’ve had a few emails from readers asking which order the Onk Beakman Skylanders books should be read. Well, you could start with Skylanders The Machine of Doom, which is a standalone story and leads nicely into the Mask of Power series.

The Mask of Power series then follows this order:

Book 1: Spyro vs The Mega Monsters

Book 2: Gill Grunt and the Curse of the Fish Master

And we have more on the way with Book 5 – Cynder Confronts the Weather Wizard – out in June. Here’s the blurb for Cynder’s adventure:

The Skylanders Mask of Power adventure continues, as Cynder teams up with Zook and Hex to confront a new foe: the Weather Wizard! Storm clouds are gathering – which wouldn’t be unusual, if it wasn’t for the fact that this is meant to be the Cloudless Desert! As weird weather reports flood in from all over Skylands, Cynder heads off on a mission to the Isle of the Undead to find out what’s going on. Whatever it is, it definitely looks like rain! The secrets of the Mask of Power unfold further in this fifth novel in the story series from the pen of Onk Beakman. Based on the characters from the smash hit Skylanders video games. 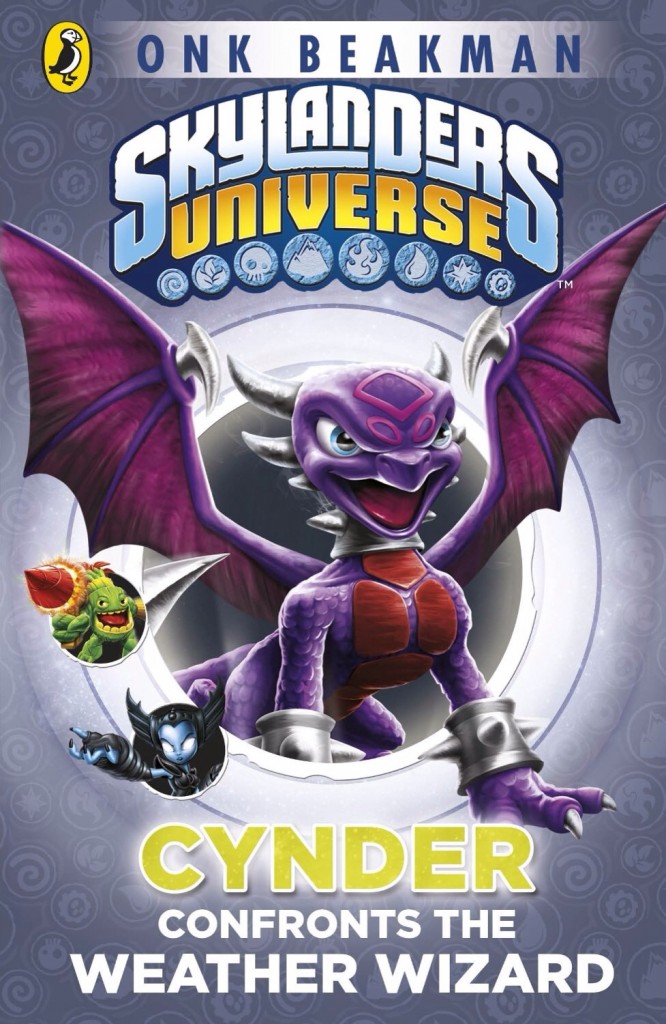