A very special ebook has been published today, and I’m very proud to have a story in it.

It all started on 20th December last year. Nick Campbell posted the following picture on Facebook. 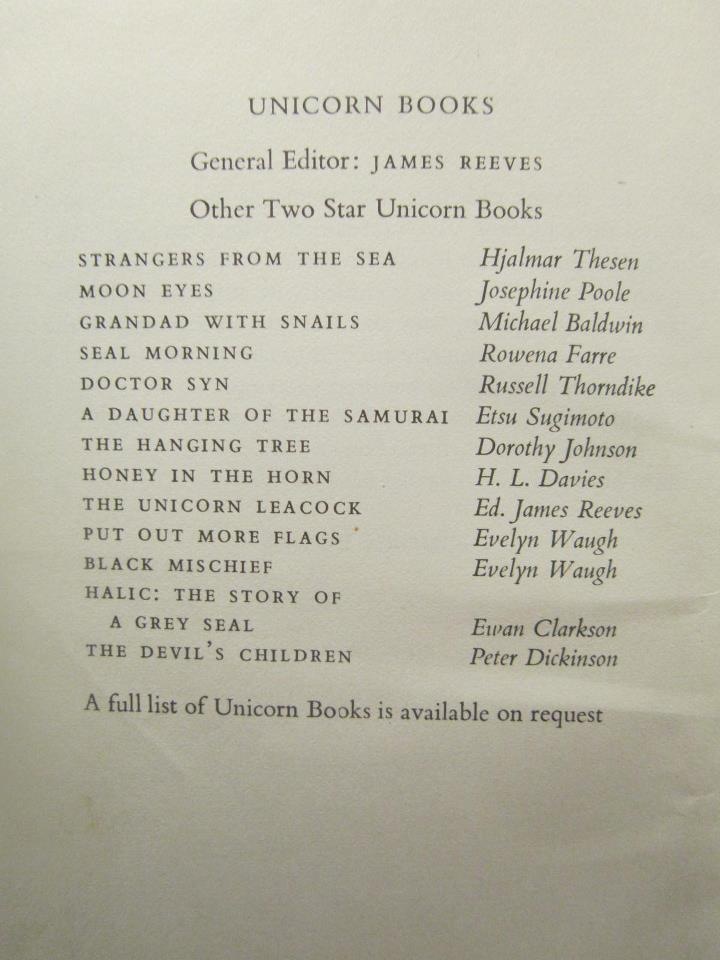 He said that he liked opening a second-hand book and finding a list of books he’d never heard of. The titles were “tantalising” – and a number of us agreed. We started imagining what the stories would be based on the titles alone. And then a thought struck me:

“This would make a great writing game,” I suggested. “Bunch of writers take those titles and see what they come up with…”

Nick liked the idea – immediately bagsying the snails story. Or maybe ‘Strangers from the Sea’.

Before long the idea had taken a life of its own. George Mann wrestled ‘Strangers from the Sea’ from Nick, Mark Manley opted for ‘Honey in the Horn’. As the story continued I suggested we could gather them up into an ebook and then Stuart Douglas of Obverse Book’s fame arrived on the scene (nabbing ‘Moon Eyes’ in the process). “This is such a wonderfully funny idea,” he said, “that Obverse would willingly do an ebook if we had enough stories…”

A while later we all received an email from Stuart. It said:

Early this year we lost a dear friend and colleague, Matt Kimpton. He was 35, and at a point where his writing should have been propelling him forward to great things. He’d won places on various TV industry schemes and if his health had been good enough he would have been writing scripts for CBBC. Matt’s work was warm, funny, imaginative, poetic and scary in turns. Like his life.

Matt also wrote plays that went up to Edinburgh while he was studying Philosophy at Cambridge, sketch comedy for ITV, Doctor Who and fantasy fiction and journalistically about his illness, Cystic Fibrosis. Late in life, he embraced the oral tradition becoming an in demand storyteller and the first Chief Skald of Sussex. This was a particular challenge for someone who spent much of his life fighting to control his breathing. It’s a testament to his skill that most of those who saw him perform had no idea about his health issues.

What became very clear after his death was just how much good Matt did in his life and those of us who loved him would like to do just a little bit more in his memory.

Matt was always keen to help others – as well as working for the Cystic Fibrosis Trust, he nurtured and supported other writers, worked for a charity tacking homophobia in schools and volunteered for the Samaritans. Most us only knew the half of it. I think he knew all he’d leave behind were memories, stories and his actions and he was determined to make them all as good as he could.

Would we, Stuart asked, be willing to produce this ‘found book’ as a charity volume, with the proceeds going to the Cystic Fibrosis Trust? We all agreed, and went off to write our stories.

The result is published today – Storyteller: A Found Book. It only costs £1.99 and it’s for a fantastic cause. My story, ‘The Hanging Tree’, features the characters I’ve been playing with of late, a mysterious 1950’s outfit that goes by the name of MI666. One of them recently appeared in a story in the BFS Journal. He’s in this one too. I hope people enjoy it – and I hope they buy the collection.

Storyteller – A Found Book is available from Obverse Books priced £1.99.