Friday night was a special occasion – Gary Russell’s 50th Birthday party. Had a great time seeing friends I’ve not seen for far too long at a fantastic venue.

At the end of the evening, we set out to find some 2am snacks in the Bay (which is nye on impossible I should add). Jason, one of my equally hungry chums, asked: “have you seen Ianto’s Shrine?”

I had no idea what he was talking about, so he, Steve and Paul took me there.

The photos below show what I saw.

In case you’re not aware, Ianto Jones was a character in Russell T Davies’ Torchwood. Ianto died in 2009’s Children of Earth series.

The shrine is found at the location of the fictional entry to the Torchwood hub, beneath the Bay. Things seem to be added regularly, including balloons and banners for Ianto’s recent 30th Birthday. There are paintings, poems and even coffee cups hung in his memory.

A bizarre little tribute to the show. Actually, it’s not that little. There’s loads of the stuff… 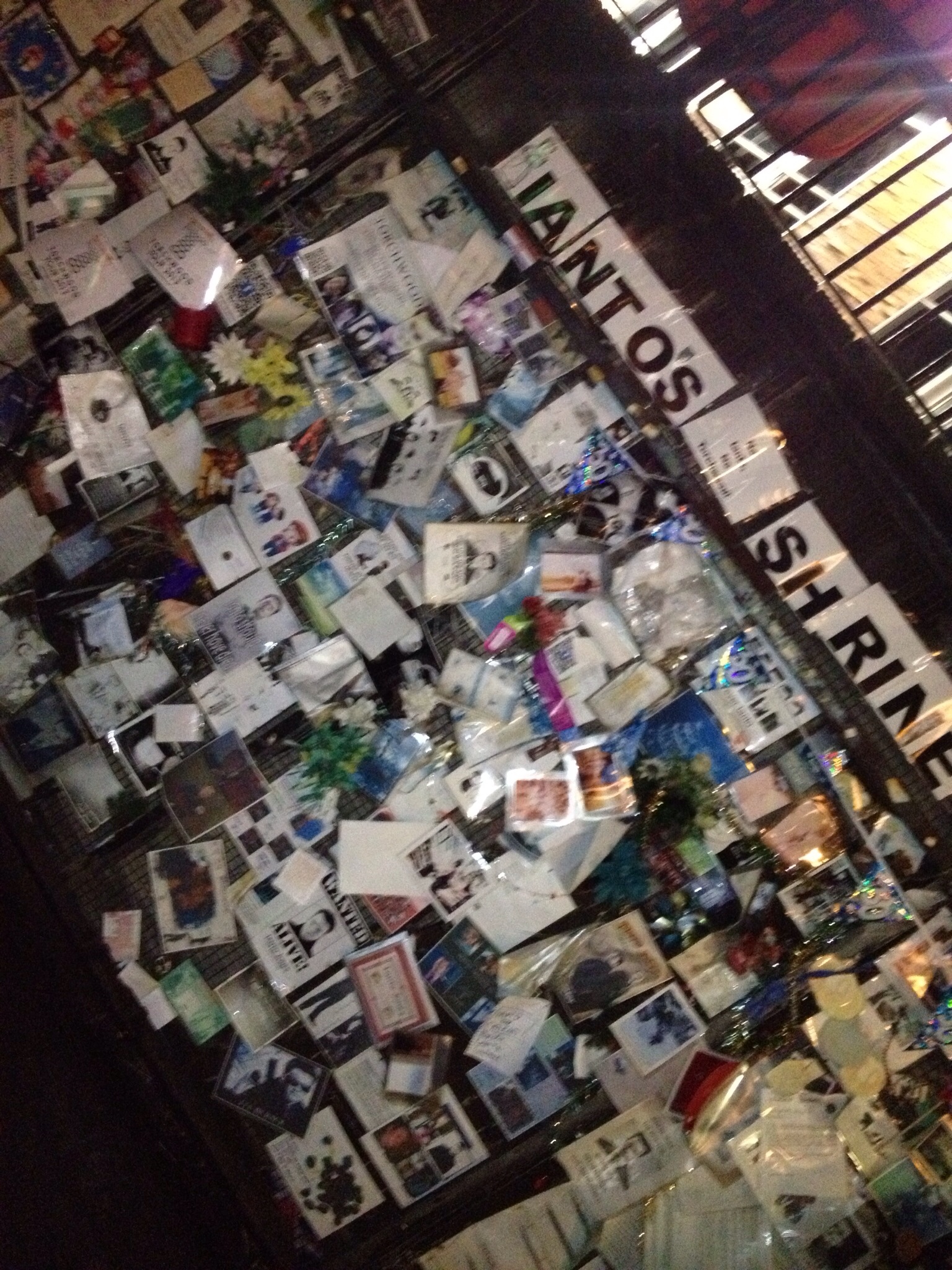 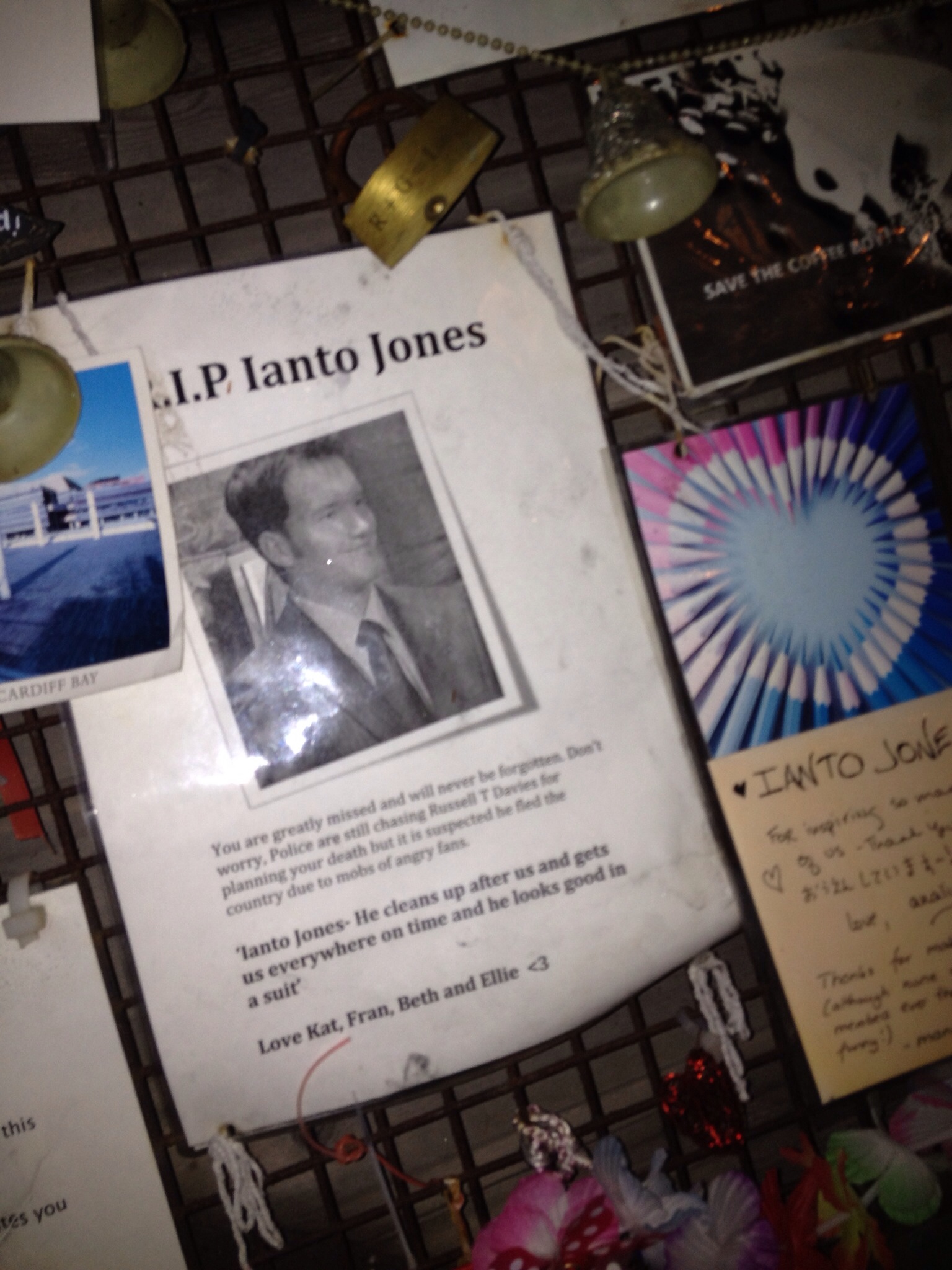 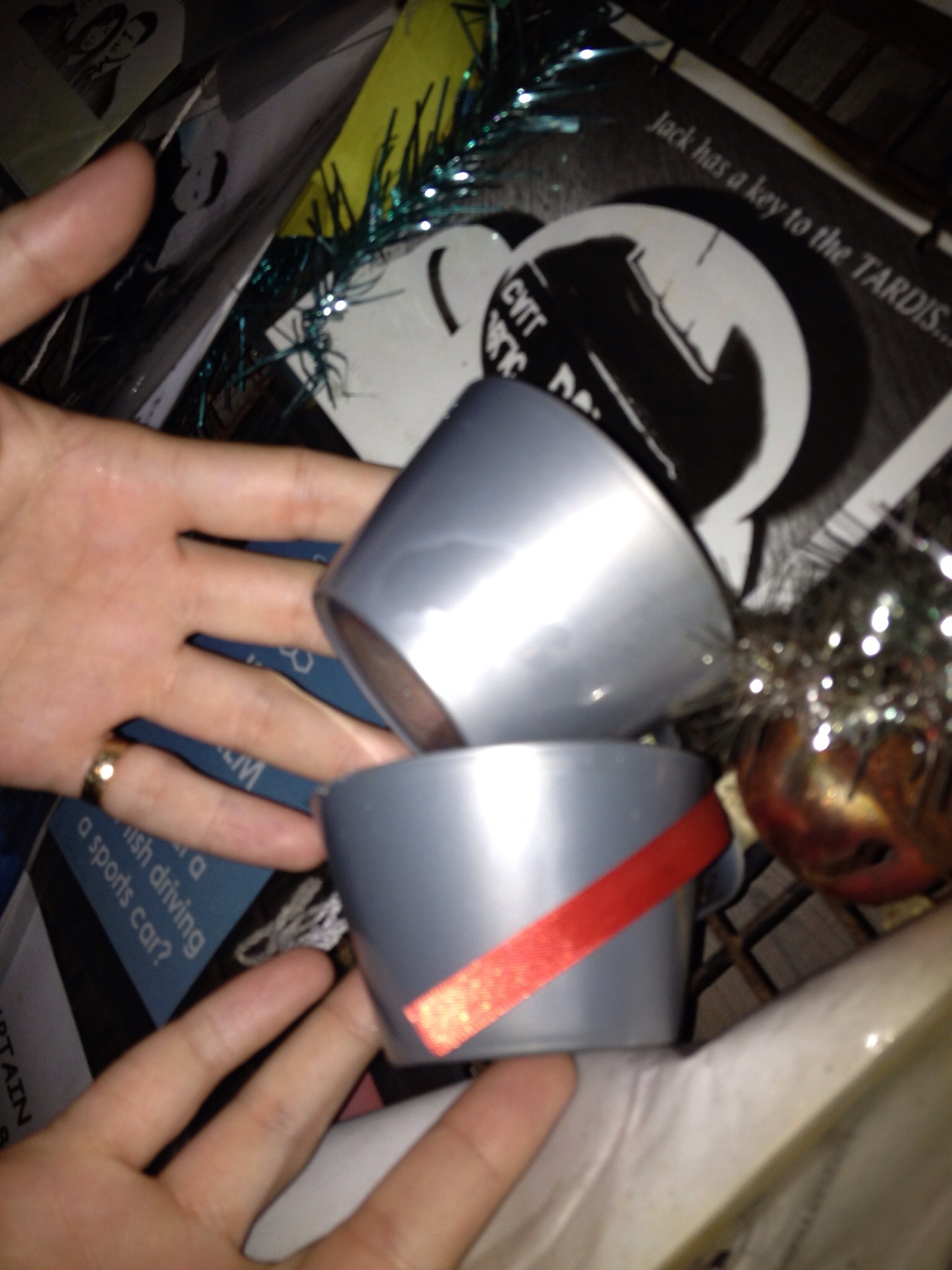 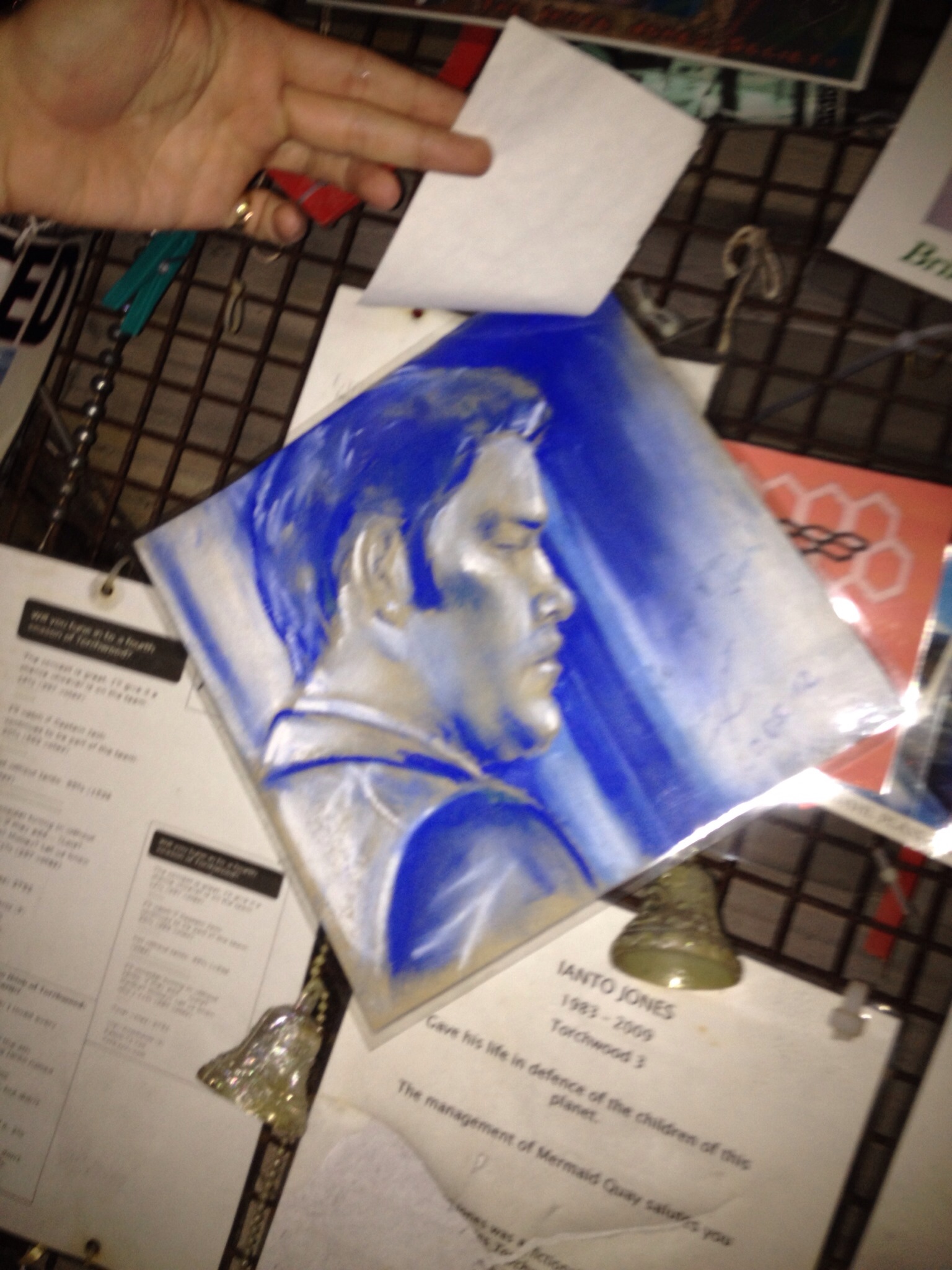 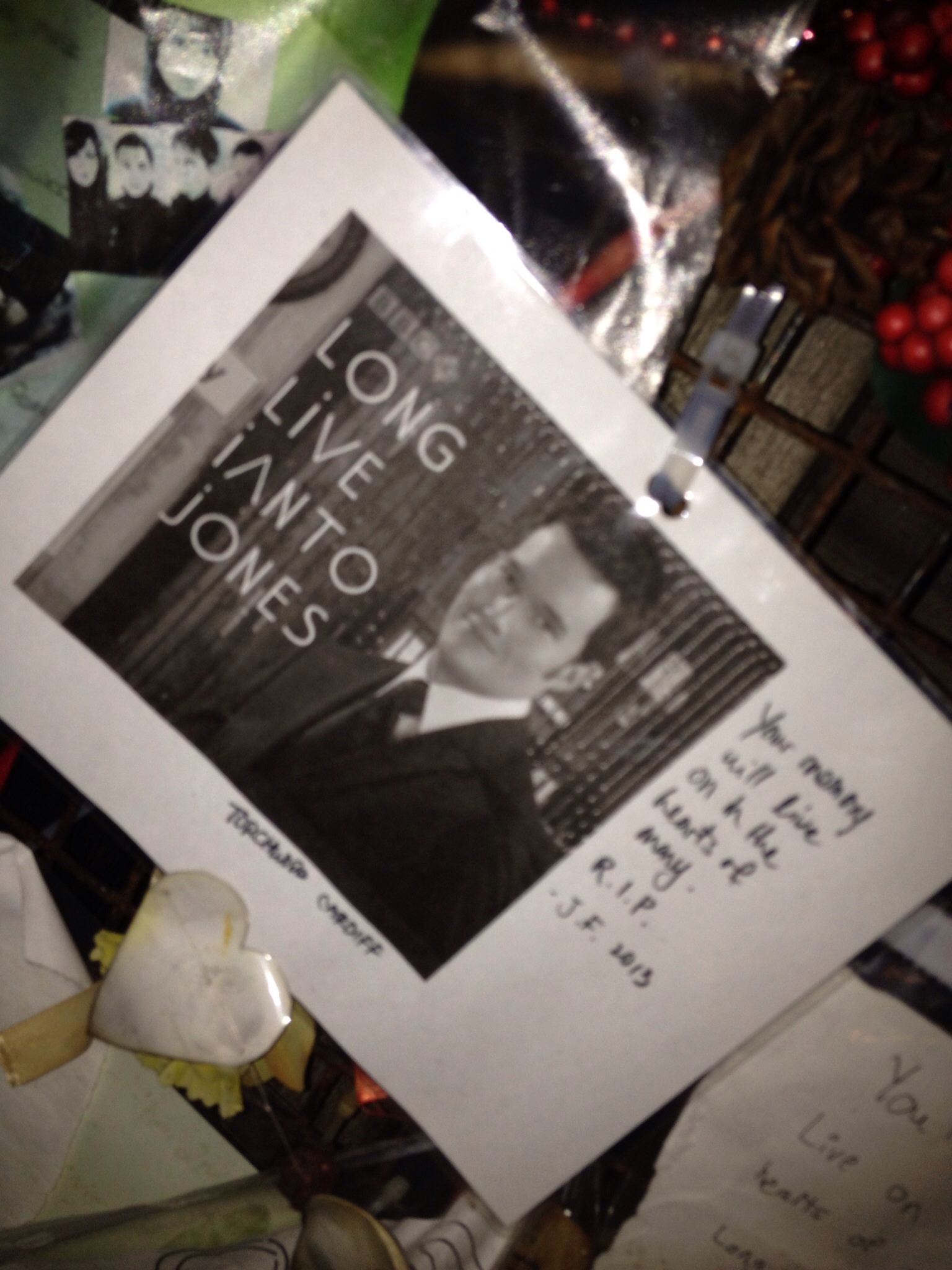 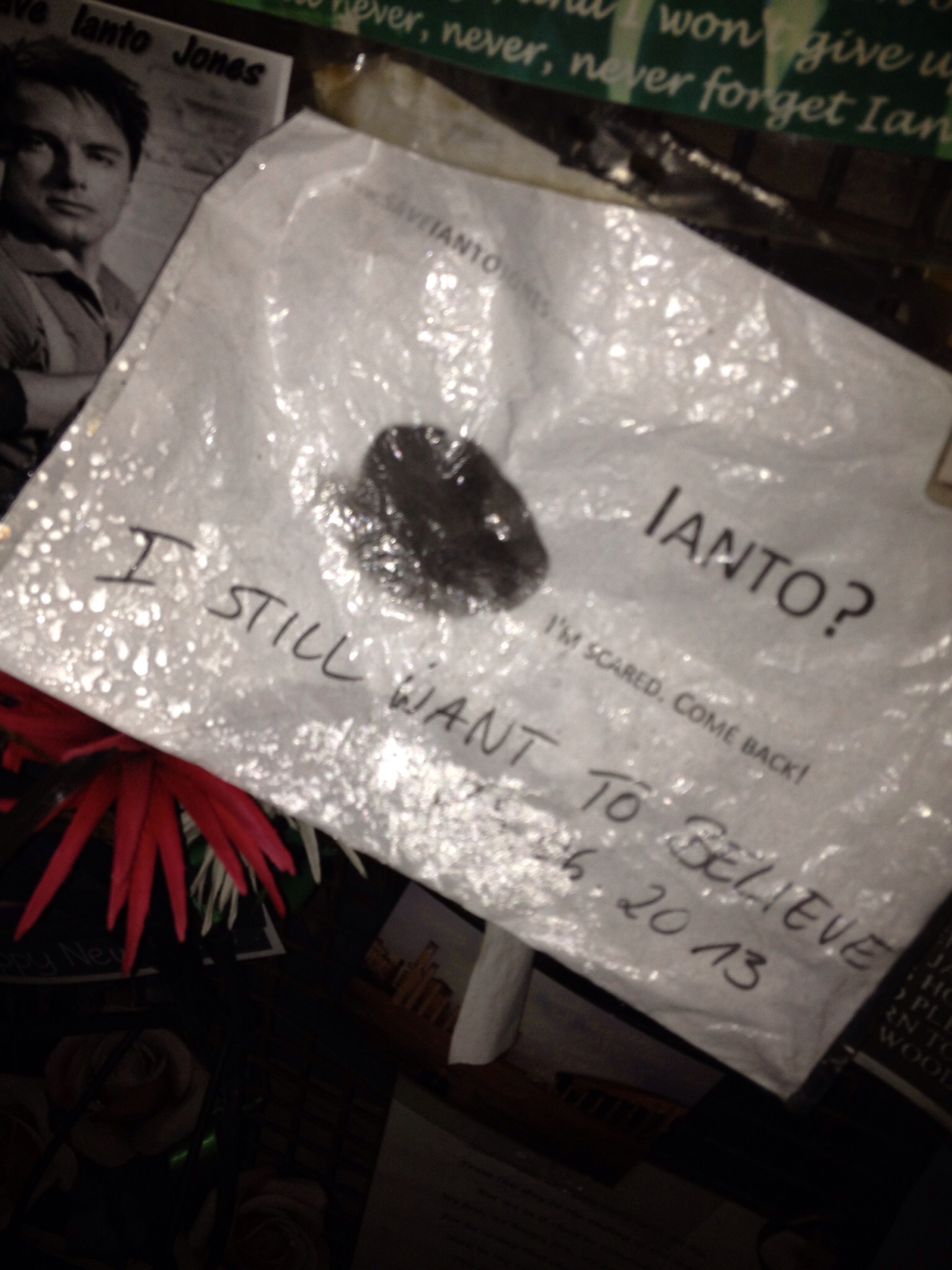 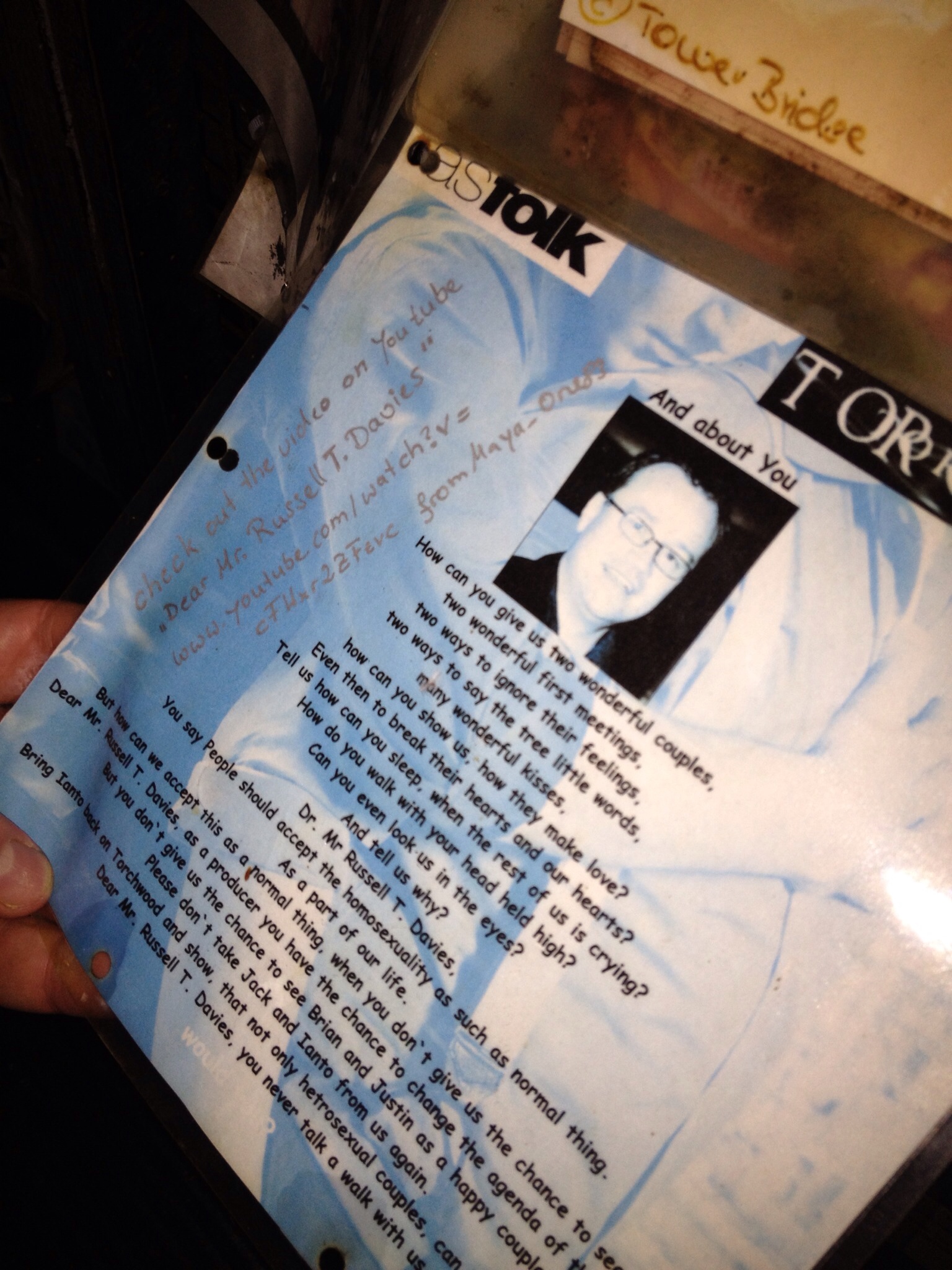 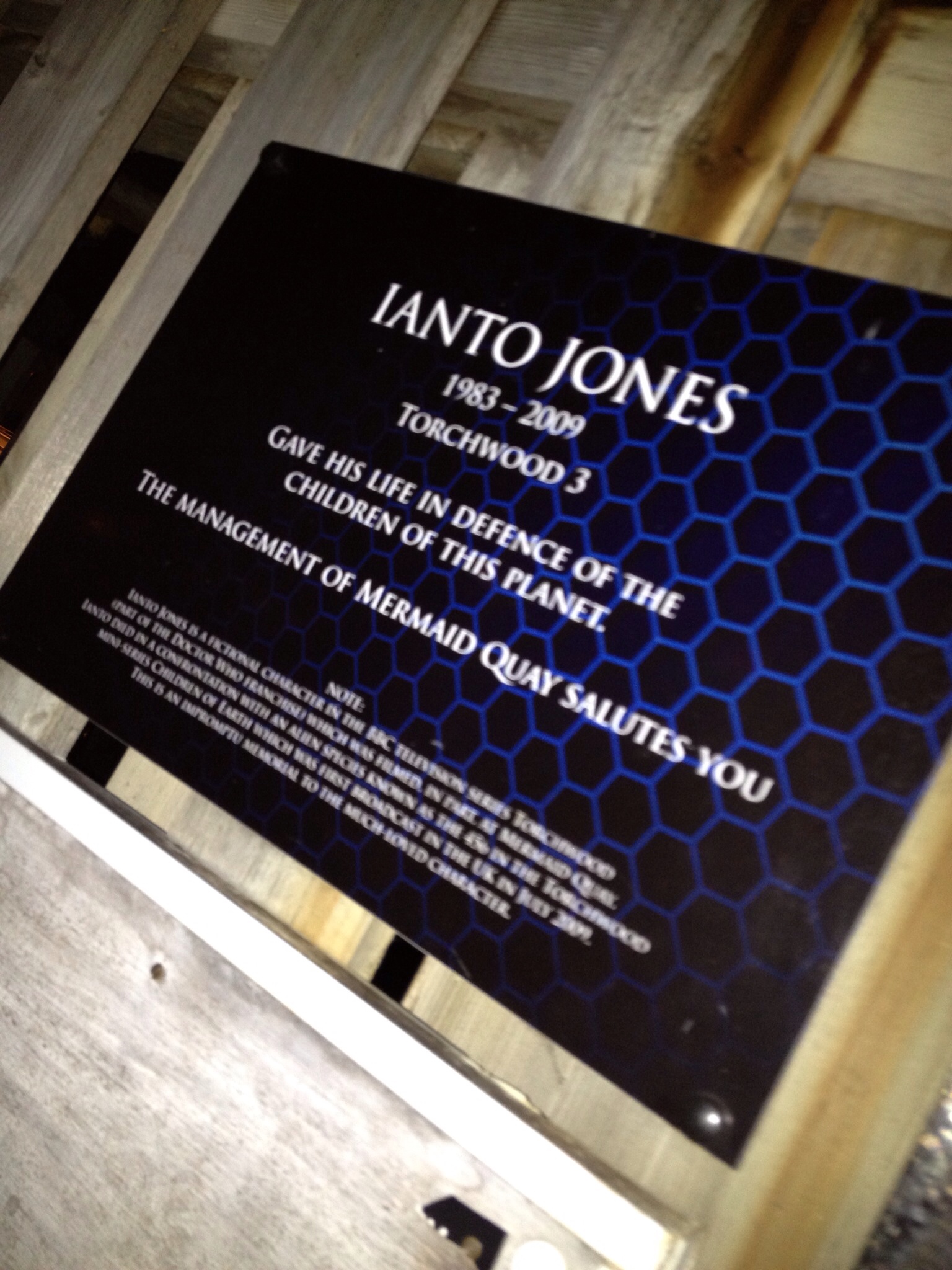 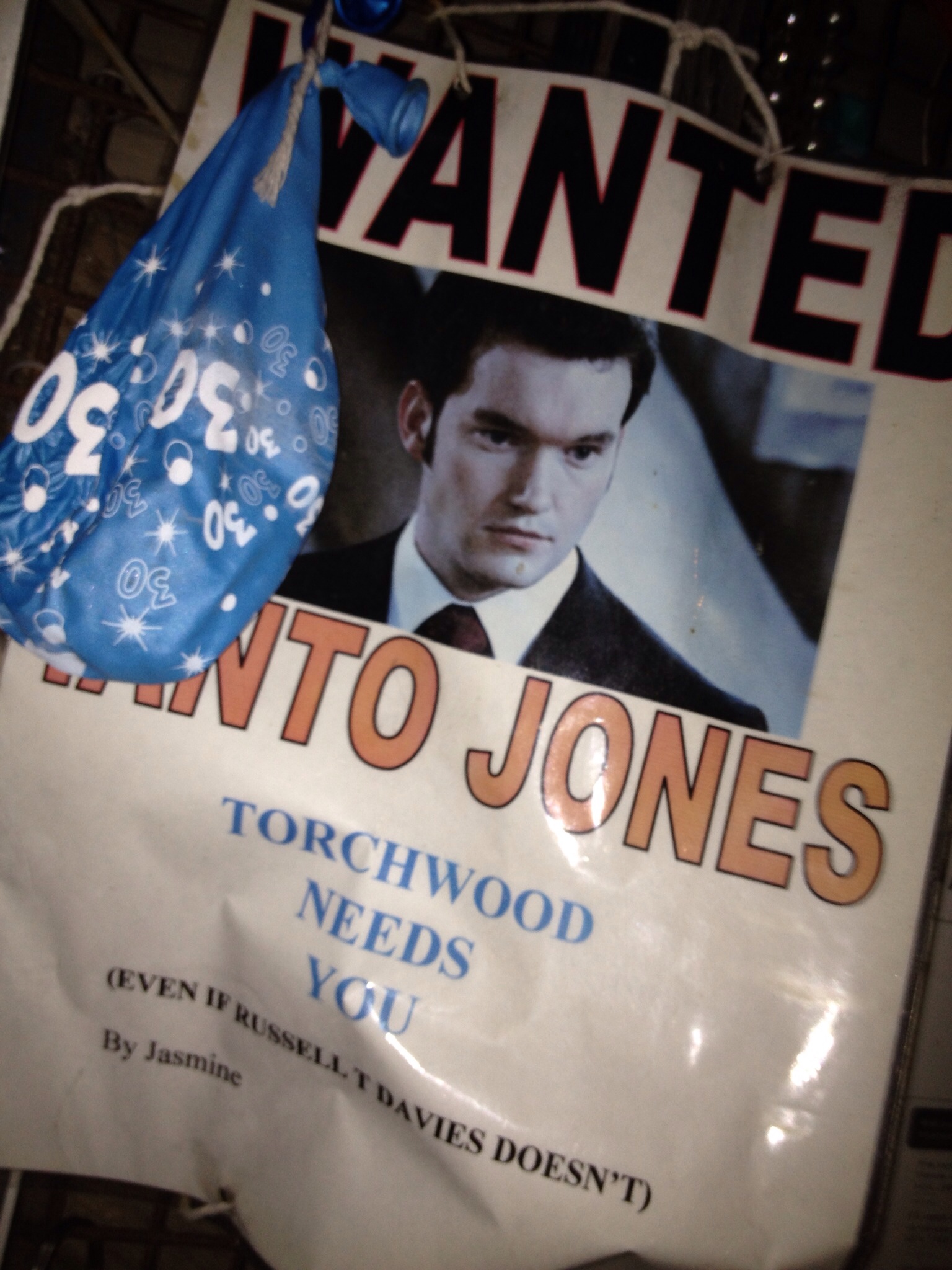 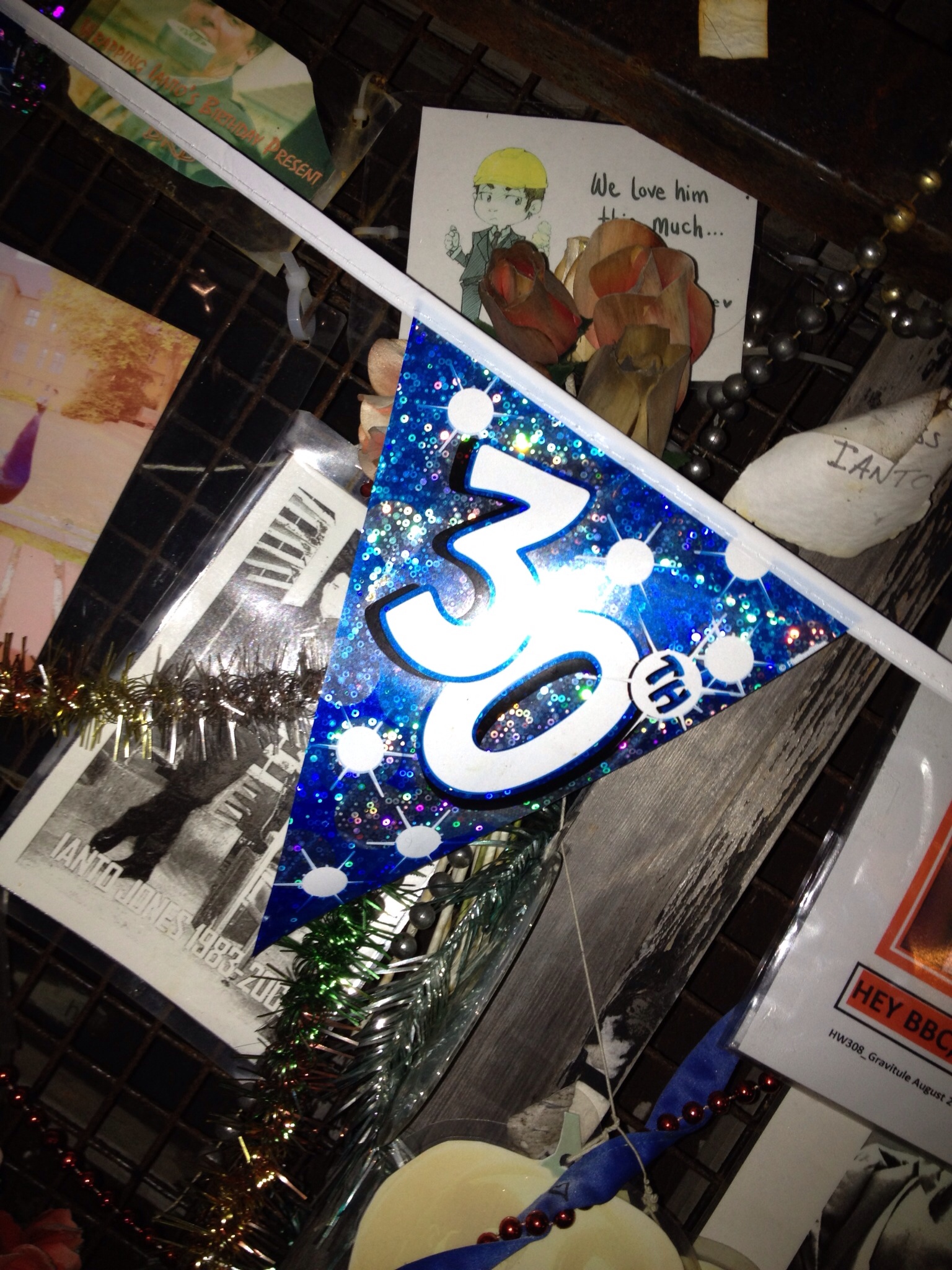 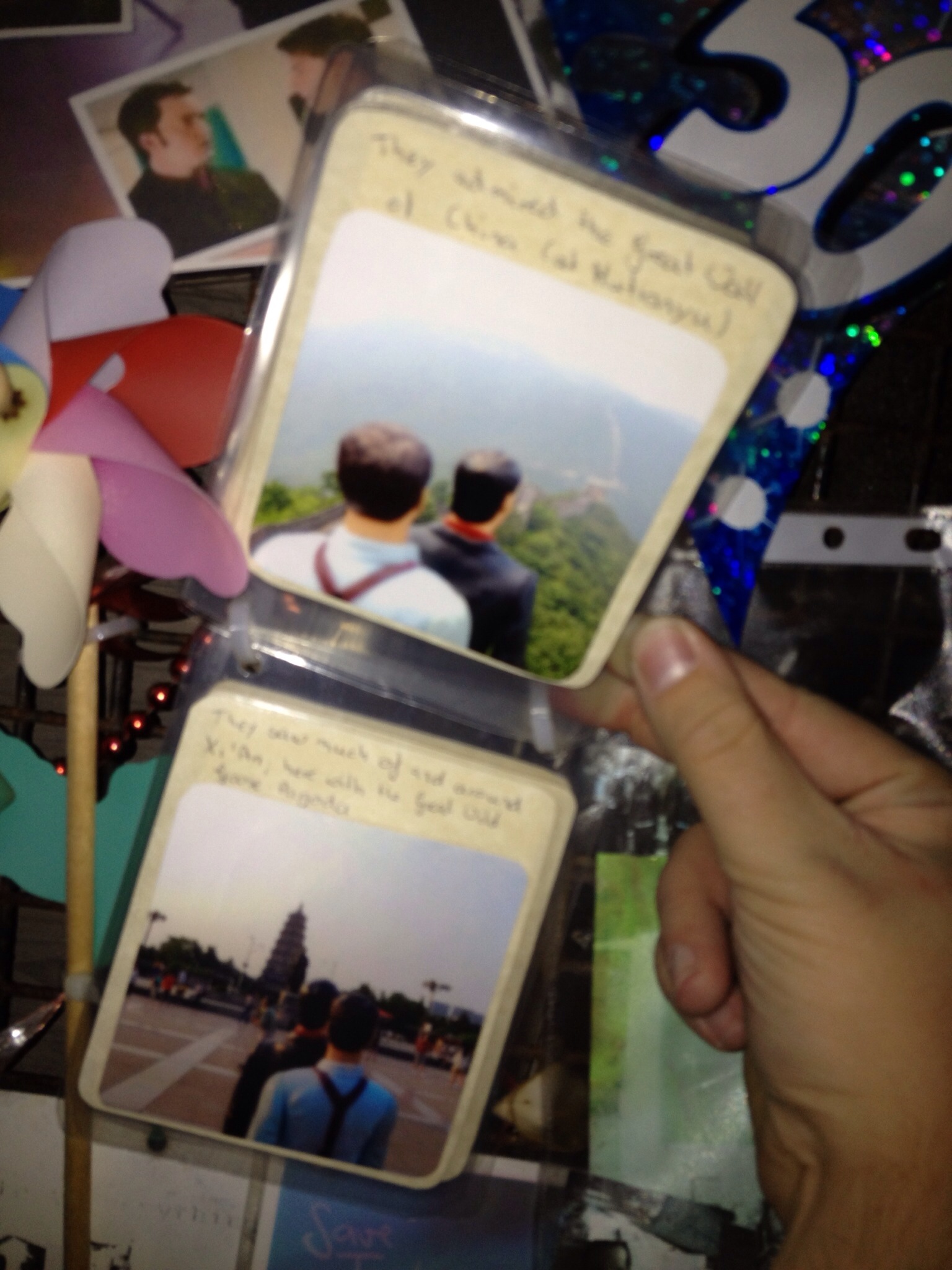 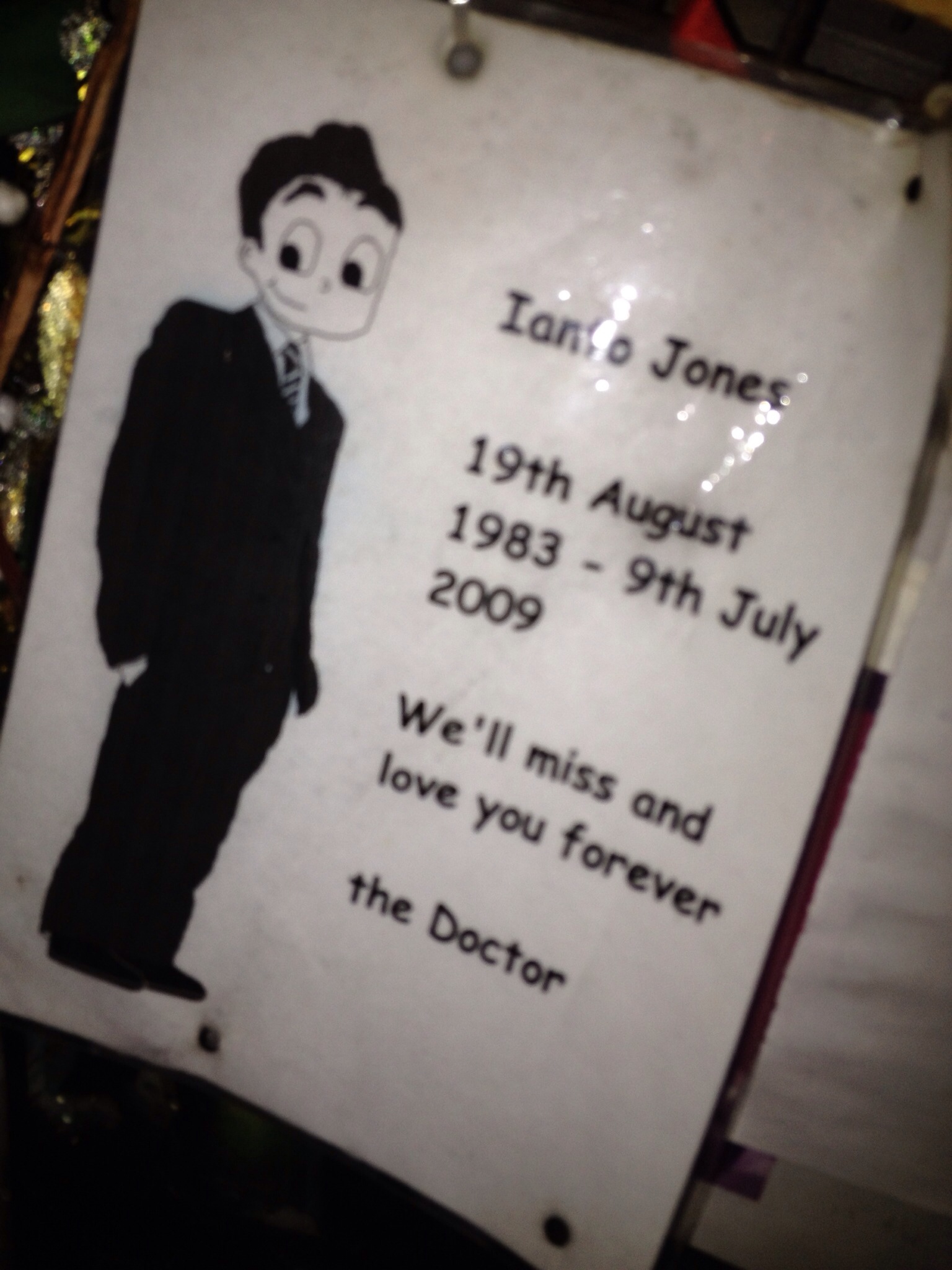