No, not like that. There’s a host of stuff either out now or on the way that I’ve missed talking about so going to wade through it this week.

First up is the SFX A-Z of Zombies, out now. The special edition includes an interview I conducted with author Peter Clines. Peter, if you don’t know, is the author of the Ex-Heroes series of books that pit superheroes against zombies in a post-apocolytic Los Angeles.

We talk about how Peter was scared of every as a kid (except Doctor Who), his childhood love of Spider-Man, his disappointment in modern Marvel and, of course, the origins of his novels.

I had a great time chatting to Peter. It was refreshing to hear someone else expressing dismay at the current received wisdom that heroic characters are boring and outdated. In the modern age, it seems that every hero needs to be edgy, with darkness at their heart. As Peter says: “Not every character has to be Batman.” 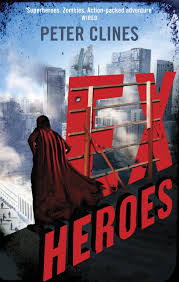 This isn’t to say that the self-same heroes can’t exist in a twisted world. In the interview Peter says:

To me, the whole idea that you can plunge someone with a strong moral code into a horrible situation like a zombie apocalypse is fascinating. My first thought when I heard of Marvel Zombies was what would Captain America do when a family shows up and wants to get into the safe zone and the Mum has been bitten? How would Cap deal with it? How does he reconcile his moral code with the choices he’ll have to make? There’s no winning move any more.

I have to agree. While its true that there are no absolutes in life and the best characters exist in shades of grey, heroes and heroines with strong moral codes can still be interesting, especially when they come face to face with insurmountable odds and bleak situations. What will they do? Will they allow themselves to cross a line? And if they do, betraying their core beliefs, how do they continue to look themselves in a mirror?

You can read more from Peter in the SFX A-Z of Zombies, out now. You’ll also discover my choice for worst zombie movie of all time. 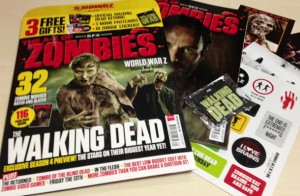