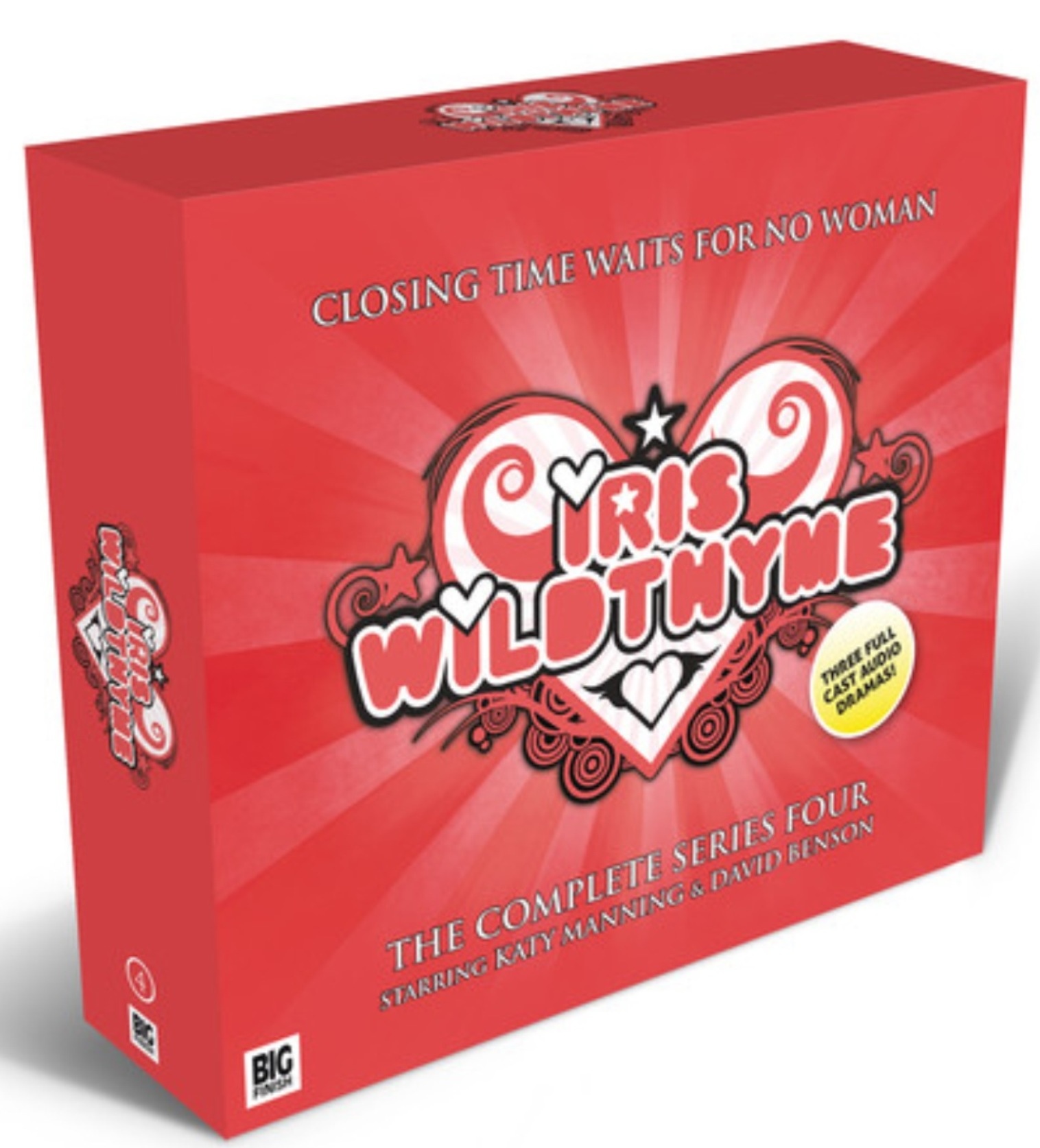 Series four of Iris Wildthyme has been released by Big Finish Productions. Produced by little old me and Mark Wright, the box set stars Katy Manning and David Benson, as Iris and Panda, with guest stars Sophie Aldred, Bernard Holley and Simon Fisher-Becker.

Iris is celebrating her 15th Anniversary this year. Introduced to Doctor Who fans in the Short Trips short story anthology back in 1998, Paul Magrs’ creation blasted her way through four Doctor Who novels, before making her Big Finish debut in 2002’s Excelis Dawns, again by Paul. Played by Katy Manning, the space-hopping ratbag moved into her own series in 2005.

Mark and I took over the wheel of Iris’ time-travelling bus in 2009 with series two, moving the righter of intergalactic wrongs away from Doctor Who and into her own multiverse. What else do you need to know? Well, she travels with a sentient toy panda named, well, Panda (just don’t call him bear) and likes gin almost as she loves a good party and hates injustice.

The series 4 box set includes three full-cast stories; Whatever Happened to Iris Wildthyme by me and Mark, Iris at the Oche by Mark and A Lift in Time by David Bryher.

You can find out more about series four (and hopefully make a purchase) and the Big Finish website.

To celebrate its release, Big Finish have also released my 2012 Iris adventure, The Iris Wildthyme Appreciation Society, as a free podcast. An ideal chance to try before you buy, especially if you’ve never experienced Auntie Iris before. And once the old girl’s been experienced, she’s never forgotten!

Here’s the blurb for the podcast:

Panda isn’t happy. One minute he’s due to be crowned an intergalactic hero with concubines galore and the next Iris is dragging him to the planet Trull, the 42nd Century equivalent of Milton Keynes. As Iris becomes the hottest celeb in the galaxy, little do they know that everyone on Trull is about to die…