Just got back from a fab writing workshop at Samuel White’s Infant School in Hanham, Bristol. We had children from a number of local schools come in to get creative as we made up comic strip ideas and characters based on one simple question:

“What if your school was on the moon?”

There were some fab ideas from the kids – a lot of which seemed to involve alien teachers with big bottoms (not that I would encourage such a thing. Much).

We got thinking about how we would get to our lunar school, what the school uniform would be like and what sports would be played on sports day. My favourites included the Slime and Spoon Race and the Parp Relay (well, trumping on the moon would obviously send you rocketing forward at great speeds!) 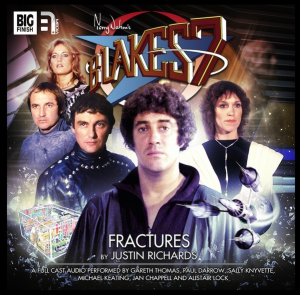 As always with my school visits, I went through how I first got into reading and writing, mainly thanks to such shows as Doctor Who and Blake’s 7. Was chuffed, therefore, that the new broke this morning that Big Finish Productions are launching a season of full-cast Blake’s 7 adventures, starring the original crew. I’ve been sitting on this secret for what seems forever – that and the fact that I’ve contributed to the series with my old mucker and sometime writing partner, Mark Wright.

Here’s some of the news story from Big Finish:

The original TV cast of Terry Nation’s acclaimed series Blake’s 7 will be back together in six brand new single disc audio plays to be released monthly from January 2014. The series is being released in a licence deal with B7 Media.

Blake’s 7 tells the story of freedom fighter Roj Blake and a band of freed criminals, who take on the might of the corrupt Federation, which rules the galaxy. The series ran on TV from 1978-1981.

Details of the first story, Fractures by Justin Richards, have been released with more news to come. Needless to say, I’m looking forward to the end of the week when Mark and I will be in studio with the Blake’s 7 cast as they record one of our scripts. My 8-year-old-self would be just about ready to explode by now, but I will keep my cool. Honest.

Head over to the Big Finish website to find out more about Blake’s 7: The Full Cast Audio Series.