Penguin have revealed the cover of my next book in the Skylanders Mask of Power series – Terrafin Battles the Boom Brothers. 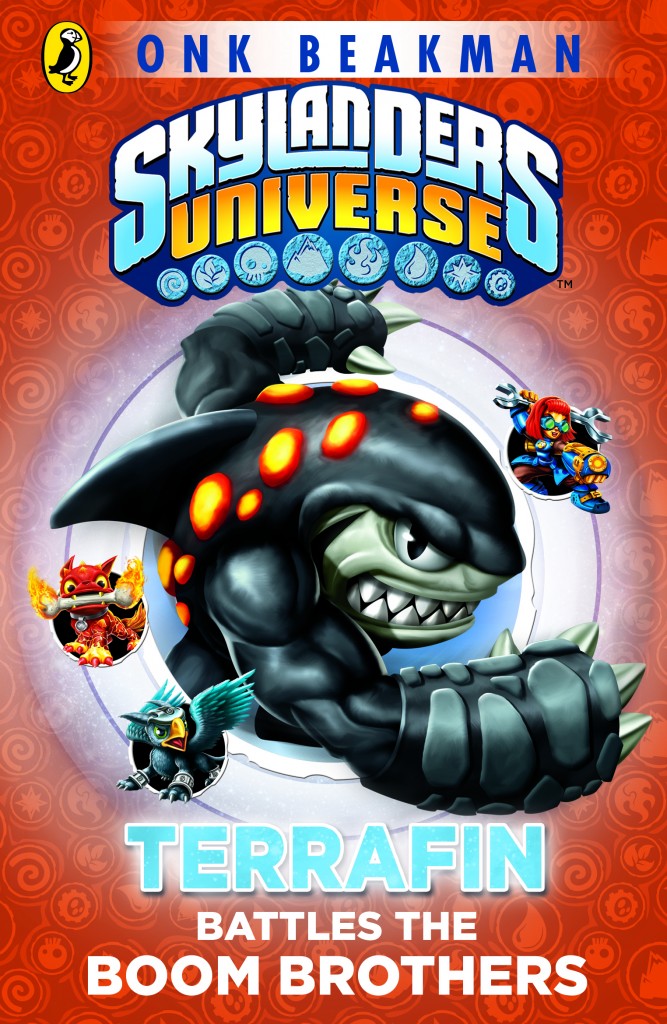 As you can see the children’s novel also features Sprocket, Sonic Boom and my current favourite Skylander, Hot Dog.

Boom! When some innocent-looking sweet stuff explodes in a Gillman’s face, it leads Terrafin on an amazing journey to the summit of Junk Mountain. Can he and his friends conquer Kaos or is Terrafin, the biggest brawler, about to meet his match?

Based on the characters from the smash hit Skylanders video games, Terrafin Battles the Boom Brothers is the fourth tale in the thrilling Mask of Power series.

Terrafin Battles the Boom Brothers is published by Puffin Books in the UK on 2nd January 2014, but here’s a quick reminder that book 3 – Lightning Rod Faces the Cyclops Queen – is out now.

Meanwhile, over at the Teach Mama blog, there’s a great write-up about the Skylanders books as a whole. Amy Mascott writes about why her son loves the books and the value they get from them. Thanks Amy!