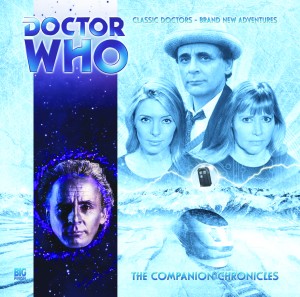 If you fancy something to listen to why not download the third August podcast from Big Finish. In this edition the Big Finish boys preview the releases for September including Project: Nirvana written by Mark Wright and yours truly.

Our latest Doctor Who Companion Chronicle sees former soldiers Captain Aristedes and Sally Morgan, sent on a mission by the Doctor in his fight against the elder gods.

Here’s the official blurb from the Big Finish website:

Of course, if you follow Big Finish’s main range of Doctor Who audio adventures you’ll know that Lysandra Aristedes, first introduced in our 2005 novel Project: Valhalla and played by the wonderful Maggie O’Neill in Project: Destiny, has now become one of the Seventh Doctor’s companions. I’m still staggered how the Forge and its personnel has become such a big part of Big Finish’s Doctor Who world, from Cassie and Hex to Lynsandra. We never dreamt it would be so influential when we first wrote Project: Twilight.

Aristedes first appearance as part of the TARDIS crew – Matt Fitton’s Black and White – is out now. My copy hasn’t arrived yet, but it will be interesting to hear Aristedes saying words we haven’t written.