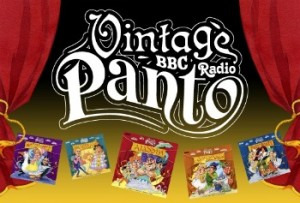 Panto season is almost upon us (oh, yes it is!) and to get you in the mood AudioGo has realised a range of festive productions from the BBC archives, all of which were originally broadcast on Radio 2 on Christmas Day between 1979 and 1983.

Not only do the five CDs feature rousing songs, jolly japes and corny jokes from such all-star favourites as Arthur Askey, Anita Harris, Nerys Hughes, June Whitfield, Maureen Lipman and Molly Sugden, they also include thigh-slapping sleeve notes by yours truly. I really enjoyed delving into the history of the good old pantomime, from its earliest beginnings in the 16th Century Commedia dell’Arte troupes of Italy to the principle boys of today.

The pantos – including Dick Whittington, Puss In Boots, Mother Goose, Sleeping Beauty and Aladdin – are available to buy on CD or download.

This month also sees the release of the audio book of Adam’s Farm: My Life on the Land, which I wrote with Countryfile‘s Adam Henson. The six-CD set, published again by AudioGo, is read by Adam’s uncle, actor Nicky Henson. 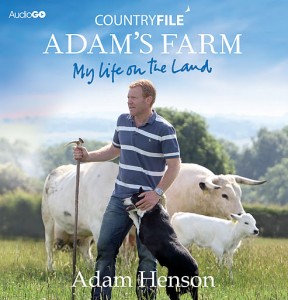