Voices from the Past is a new charity short story collection feature 28 stories from 28 writers – including me!

I’m chuffed to be involved in this project for two reasons. First of all, 100 percent of the profits from Voices from the Past is going to Great Ormond Children’s Hospital, which is obviously a worthwhile cause. Secondly, I’m in distinguished company. Just look at the table of contents: 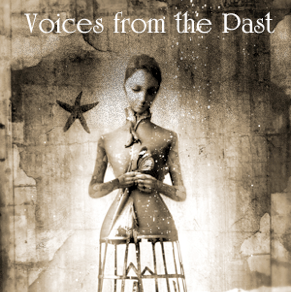 Another Kind of Lightning by Alasdair Stewart

The Lab Gang by Andrew Smith

Master of the Game by Bill Willingham

Just Do It by Cavan Scott

The Maharajah’s Star by George Mann

He Loves Me Not by Jacqueline Rayner

The Screams Next Door by Jason Arnopp

The Wisdom of the Ages by Juliet E. McKenna

A Pot To Piss In by Kaaron Warren

A Map of Lychford by Paul Cornell

The Curious Package by Paul Magrs

The Runt by Robert Shearman

The Chaos Exhibition by Scott Harrison

The Victim by Scott Sigler

On The Road Again by Stuart Douglas

Never Go Back by Susan Murray

In Leon’s Room by Thomas Fletcher

The God Confusion by Toby Hadoke

At the moment the book is only available from the H&H Books website, although a Kindle version is imminent. There are two editions available to buy (in both ePub and Kindle formats). The standard 99p edition contains all the short stories listed above, while the premier edition is identical, just more expensive at £2.99. The difference is, you’re giving nearly £3 to Great Ormond Street Hospital, instead of just £1.