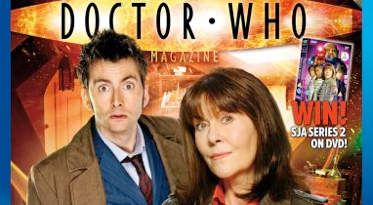 My latest audio play, Doctor Who – Companion Chronicles: The Prisoner of Peladon, co-written by Mark Wright is reviewed by Matt Michael in the latest issue of Doctor Who Magazine. Here’s an extract:

“As the previous Peladon have been allegories of some sort, so The Prisoner of Peladon touches on concerns around asylum seekers and the way they can be manipulated for various political ends. This works well, as does the inclusion of the legend of the prisoner – a nice nod to the mythical trappings of the TV episodes. However, as a detective story this doesn’t quite cut the mustard; whodunnit is less important that whydunnit, and the revelations to both are not as dramatic as they might have been.

“Nevertheless, thanks to [David] Troughton’s performance that the authors’ grasp of what made the original story successful, this is far from a failure, and, in the choice of narrator, opens up this range to a wider scope of story in future.”